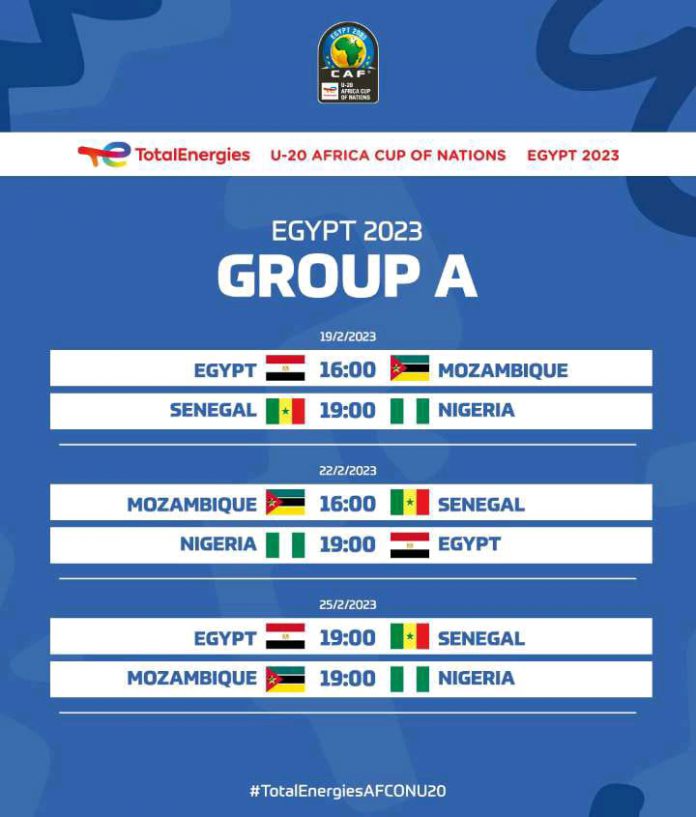 Coach Ladan Bosso will be leading his Flying Eagles squad as they battle Senegal Young Terenga Lions in their first game of the 2023 AFCON U20 billed for Egypt.

Recall the draw for the U-20 African Nations Championship done on Friday in Cairo, resulted in a tough group for the host of the tournament, as they were in Group A, along with Mozambique, Senegal and Nigeria.

The Confederation of African Football who released the fixtures revealed that seven-time champions Nigeria will be away against Senegal in the second Group A game billed for 19th February.

Meanwhile, the last time Nigeria and Senegal met was in the Total Energies AFCONU20 final in 2015.

The Flying Eagles claimed their seventh title after beating the Lions of Ternaga by a lone goal with Musa Muhammed claiming the top scorer’s award with four (4) goals.

Egypt will host the tournament next February at 3 stadiums in Cairo, Alexandria and the Suez Canal Authority.