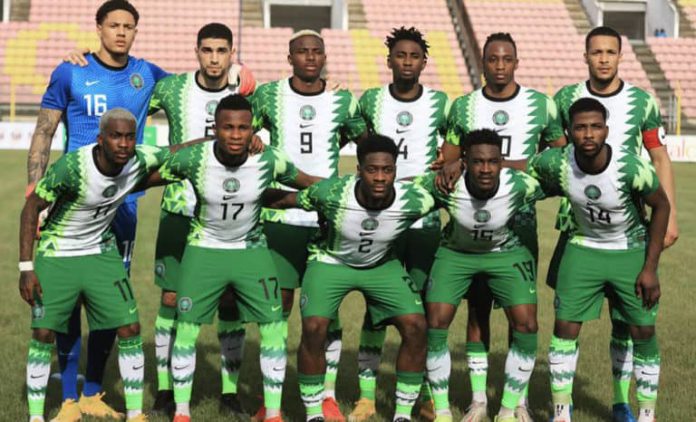 Five players from the Nigeria Professional Football League (NPFL) will join the Super Eagles when camp for the 2021 Africa Cup of Nations opens today.

It was gathered that the domestic players would act as standby for the 28 players invited for the competition in Cameroon.

Only a few foreign players are expected to arrive at camp on opening day, and as a result, the team’s handlers have decided to draft in players from the domestic scene.
These five players are also likely to be potential replacements for any player that pulls out of the 28-man squad due to an injury.

The foreign professionals expected in camp are players from the Italian Serie A and Russian Premier League. The Uk contingents, especially the Premier League players, will not arrive until January 2.

Star striker Victor Osimhen is already in town, although it is not known yet if he will return to Italy for his scheduled checkup with Napoli doctors as he continues his recovery from a facial injury.

The Super Eagles begin their AFCON campaign with a clash against the Pharaohs of Egypt before taking on Sudan and Guinea-Bissau in their other group games.

World Cup Qualifiers: Playing In Lagos Will Bring The Best Out...