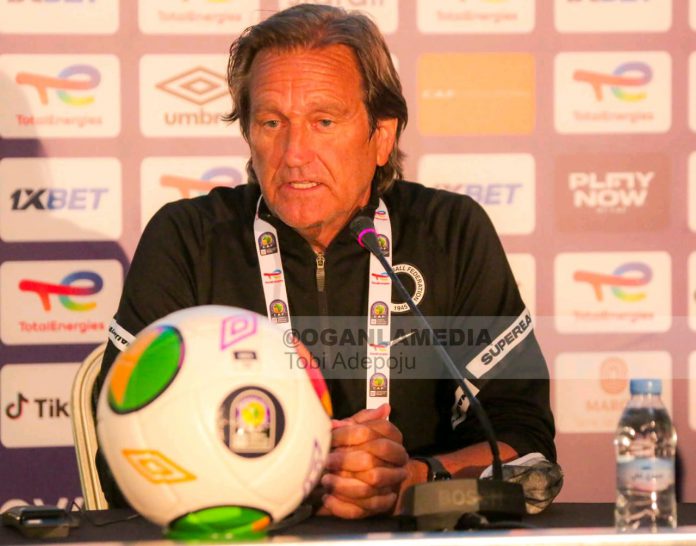 After the disappointment of failing to make the dream of La Decima (The Tenth) come true at the 12th Women Africa Cup of Nations (WAFCON) staged by Morocco last year, Super Falcons Head Coach, Randy Waldrum, is optimistic of an impressive performance for his wards at the FIFA Women’s World Cup scheduled for Australia & New Zealand in the summer.

The American tactician is full of optimism and is confident that his team can go far in the global tournament, but insists they have to take it one step at a time to achieve greatness.

“The first target for us at the World Cup is to advance out of the group stage,” Waldrum told thenff.com.

“Everyone wants to get to the knockout stage but obviously in order to achieve that, you have to advance out of the group, and now, our focus is principally on doing that,” observed the American gaffer.

The Super Falcons survived a huge scare at the 12th Women Africa Cup of Nations in Morocco. Even though the team finished in fourth place, thereby picking the last automatic ticket from Africa to Australia & New Zealand, Nigerians saw it as a disappointing outing, and rightly so.

For a team that had won nine of the previous 11 editions of the competition, losing three out of its six matches in Morocco was seen as a disaster.

The team lost to eventual champions South Africa narrowly in the opening match, and then lost to the host nation Morocco via the lottery of penalty shootout in the semi-finals – with two key players red-carded. As it turned out, the Falcons failed to overcome the set-back as they eventually lost to Zambia in the third-place match by a lone goal.

Waldrum would want to quickly wipe out such an unflattering record with a better and improved performance by the most successful women’s team in Africa at the forthcoming World Cup to be co-hosted Down Under.

Nigeria will tackle Olympic champions Canada, co-hosts Australia and Republic of Ireland in the group stage of the biggest FIFA Women’s World Cup finals ever, in Group B of the tournament that begins on 20th July.

Australia & New Zealand 2023 is the first time that the FIFA Women’s World Cup will welcome 32 teams – the same number as the men’s tournament.

Nigeria is in the elite group of only seven countries that have never failed to qualify for the FIFA Women’s World Cup since the competition was launched in China 32 years ago.