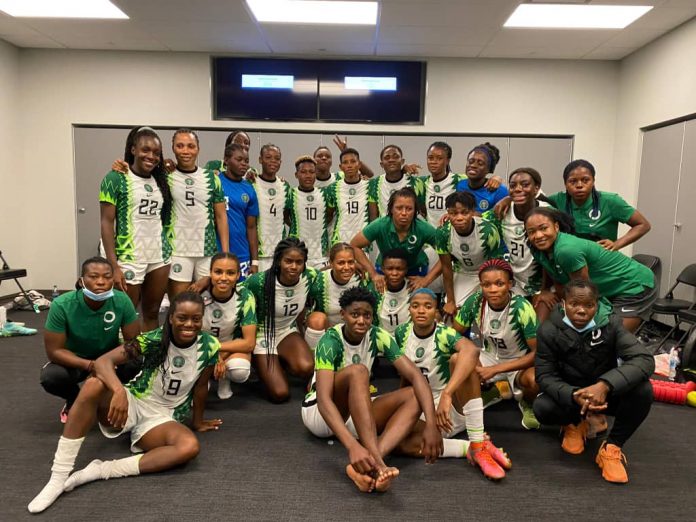 Despite taking part in the just concluded summer series in the United States, the position of Nigeria’s Super Falcons remained unchanged.

The Falcons were in the United States for the invitational tournament where they played in 3 matches against USA, Portugal and Jamaica.

Nigeria only got a draw against Portugal but lost to Jamaica and host United States of America.

The latest ranking released on Friday place the Nigeria side in 38th position in the world and 1st in Africa with 1614 points, meaning they retained their previous positions both in Africa and the world.

The FIFA women ranking is being done every 3 months.