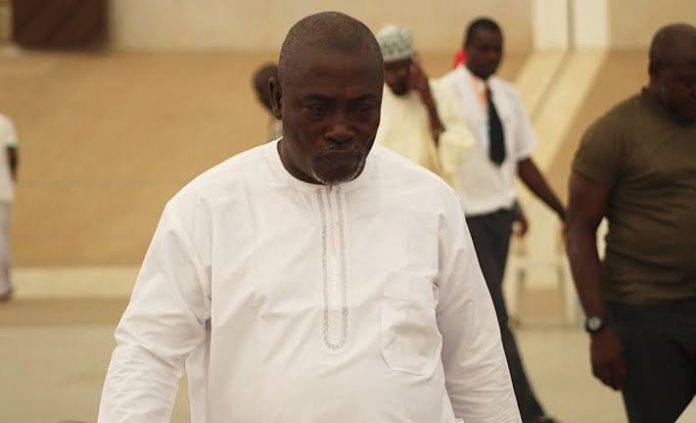 Ahead of the zonal elections scheduled for September 22, stakeholders’ choice for the Presidency of the Nigeria Judo Federation, NJF, Dr. Musa Oshodi has received yet another strategic endorsement and a tremendous boost to his electoral chances.

Oshodi, a one-time vice president of the NJF and founder of the Oshodi Judo Foundation has in the build-up to the upcoming federation elections received endorsements from different parts of the country and different segments of the judo community.
But this time, the endorsement is coming from his constituency.

Oshodi, who is the chairman of the Oyo State Judo Association, got the endorsement from all the head coaches of the six states in the  South West zone.

In an impassioned letter addressed to their respective state sports authorities, the coaches said they adopted Dr. Oshodi because of his pedigree, impeccable credentials and what the zone had gained from him for over a decade.

According to coaches, the decision to adopt Dr. Oshodi was taken during a meeting.

While describing Dr. Oshodi as “the heart and soul of judo in the South-West zone for over a decade” the coaches said they were convinced that the zone would regain its place of pride.

They declared “We are convinced that our zone which has the distinction of being the cradle and powerhouse of Nigeria judo will regain her leadership position with Dr. Oshodi flying our flag on the national stage”.
In concluding their letter, the coaches appealed to the relevant authorities to support Oshodi “in his passionate drive to take judo in the South West and Nigeria to enviable heights.”

According to the schedule, the final leg of the federation elections is billed for Abuja on September 30 at the Moshood Abiola Stadium.