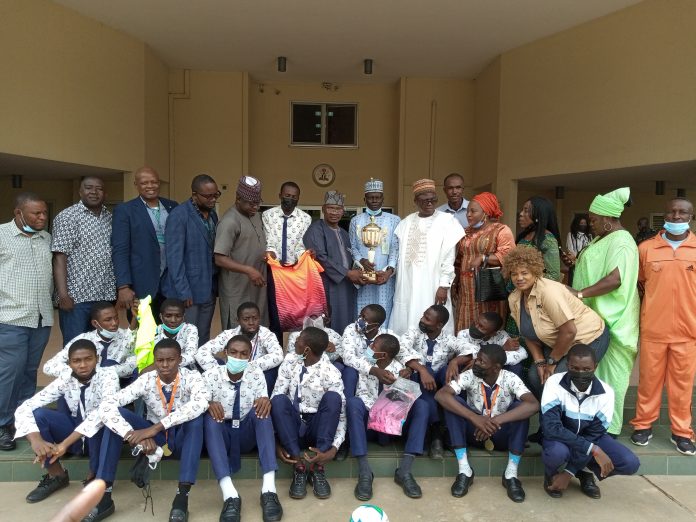 They emerged champions of the first National Principal’s cup which is a milestone achievement for the academy as they have been making the FCT and the entire nation proud.

The Chairman is happy about the laudable achievements Fosla Academy has been able muster in their many years of existence under leadership of Former NFF President Alhaji Sani Lulu Abdullahi who is also the owner of the Academy.

He said, “I am happy that Fosla Academy based in Karshi,FCT is one school that has always done us proud in sports mostly in football. The nurturing and mentoring they get helps them to cross every hurdle,i am particularly proud that the owner was a football administrator to the highest level in this country and it is safe to say the children of Fosla Academy are in safe hands”

“I know they will continue to make us proud, hoping they will not relax and work harder to make age grade National teams as we know there are abundant talents we can get,nurture and harness from the Academy in the future”. He comcluded.

The Academy emerged champions in March, 2021 and was hosted today by the Hon Minister of State FCT, Ramatu Tijjani Aliyu ably represented by the Acting Director of FCT Sports Council, Luka Istifanus.