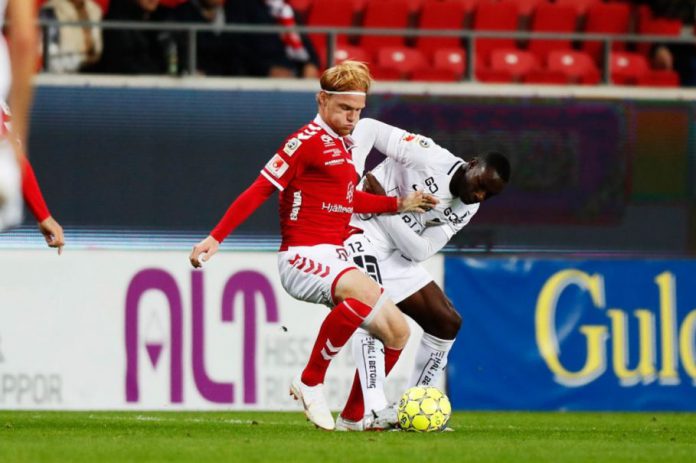 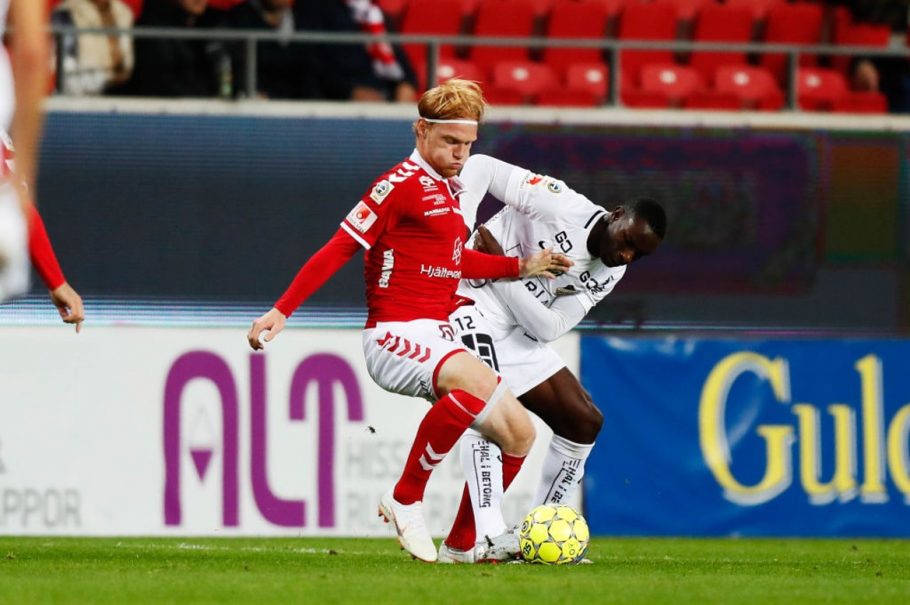 Nils Fröling’s route into Swedish football was not straightforward after being born in Dallas in the US. Fröling was asked about his brief period in the States before he then moved back to his parent’s homeland at still a very young age.

“My parents went to college in in the US. They stayed there, got jobs and met in in Dallas. Me and my brother were born in Dallas, but I only lived there for the first 2 years of my life,” he said.

“My football career started in Stockholm, so I moved to a little place called Åtvidabergs where I played my first professional senior football for one year and I went to school there too. I moved to Kalmar and I’ve lived here for 3-4 years.” 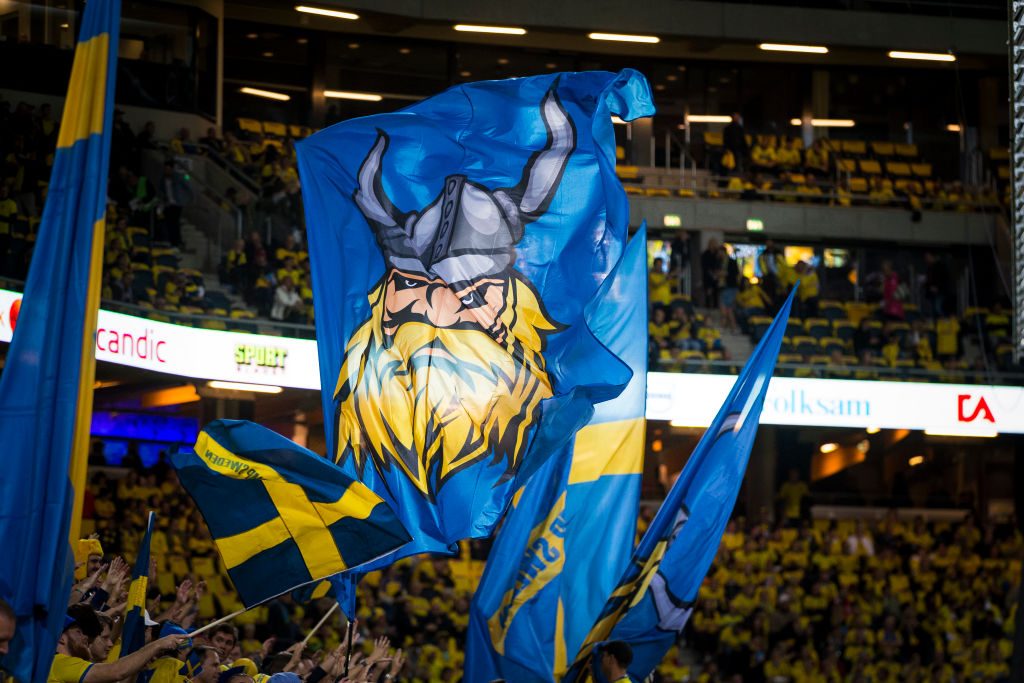 Whilst some players get scouted while playing at much lower levels, Fröling was thrust into the Swedish top-tier after his agent connected him with Kalmar FF whom he had links with. Fröling explains though he still had to prove himself to the staff before he was signed.

“My agent, he’s from here, so he has good contacts in the in Kalmar. They came to watch me play an under 21 game at Åtvidabergs and they wanted me to come here,” said Fröling.

As is with any young player there is a mighty task to break into a senior side at such a young age. Fröling I was asked about this challenge and explain how beyond just raw quality it is the mentality of specific players such as himself which gets you to that level.

“Of course, it’s always hard to come up from a youth team to the first team,” he said when asked if it was a tough challenge to break into the first team. “With the people that are up to 30 years old and you’re only 17 or 18, of course it’s hard, but you must have the mentality for it and just keep going.”

“It’s not always going to be easy to go to the training ground every day and then try to succeed in everything. But now looking back I think I did a good job. I have now 52 games and in the first league here so it’s been a fun journey.”

Having been born in the United States it does mean that Fröling would qualify as an option for the US national team. Having played at Under-21 level for Sweden, should the US decide to give the 20-year-old a call up he could still attend, however, he explained that his sights are very much set on playing in yellow.

“I don’t really know. I’ve lived here since I was maybe seven, when I came it came to Sweden, so Sweden is where I’ve grown up and everything. Sweden is my country. I haven’t heard anything from the US, so Sweden it is and it’s fun, I love it,” he said happily.

Sweden, much unlike the UK and other European leagues, has a relegation play-off match. Whichever team finishes 3rd from bottom in the Allsvenskan must play a two-legged tie against the 3rd placed team in the Superettan (the second tier).

For a top-tier side to drop into the second division would be hugely impactful, especially for Kalmar who have maintained their top-tier status for well over a decade now.

101 asked Fröling about the possible impact relegation would have had on the team.

“So if we had lost those two games and gone to the Superettan  it would have been a big downfall for us. It would be hard for the city, on the club, money-wise, and everything so after that game it was like a weight come off our shoulders you know because we didn’t have the best season.”

Interestingly, the play-off creates a weird dynamic with one club feeling intense pressure to avoid the drop whilst the other has the possible reward of promotion but, outside of this, very little downside. The curiosity of the impact this could have on the players was put to Fröling who explained the mindset he and his teammates had going into the game.

“Yeah, as you say the second-tier team they come in as underdogs and they have nothing to lose going into those games. But we have everything to lose,” he explained.

“We said before the games in the locker room we said, ‘Just forget about the season we’ve had and just go out and have fun.’ Because we, as a team, we play our best football when we have fun. We keep to our match or game plan and just do it as best we can and have fun.”

Kalmar was able to win the first leg 3-1 with Fröling starting as the main striker against Jönköpings Södra. With the game still in play at 0-0 in the second leg, Fröling came on and scored to secure the victory and cancel out all hope of a Jönköpings comeback. Fröling explained the emotions of the goal and the victory.

“It was amazing because we hadn’t won at home for a year at our stadium so that was an amazing feeling,” said the 20-year-old. “But I have had a real tough year, I had a knee injury, I missed about 20 games of the season. So to get that goal was such a confidence boost for me. It was just good feelings after that game when everything was done.”

Kalmar have a very young squad full of players continually being developed and brought through from the youth side. Fröling was asked if having such a young group led to a slight disadvantage, but he explained how the group’s chemistry counterbalanced this.”

“The only thing that is lacking is that they don’t have the games, the first league games, that’s the only thing but we have a lot of talented young players.”

“I’m still young, but this is my fourth season in the team, so as a young experienced player, I have to help them. Help them with coming into the game plan and everything. That’s my role for this season, helping these young players come into the team.”

Fröling’s targets for the upcoming season was very simple and he appeared very focused to achieve them.

“I want to play every game, 90 minutes, that’s my primary target and to score more goals than I did last year.”

101 would like to thank Nils Fröling for speaking with us and we wish him the best for the upcoming season.