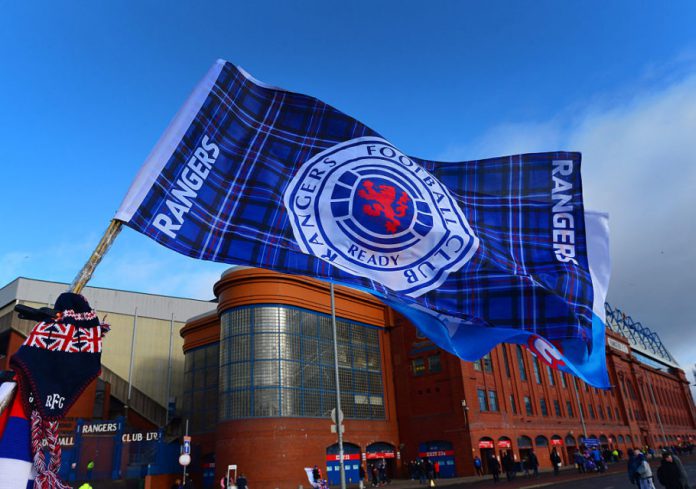 Rangers are Scottish Premiership champions for the 55th time.

That sets a world record for top-flight titles, one ahead of Linfield in Northern Ireland and three clear of Egyptian club Al Ahly. So why is this so significant?

For starters, it’s the Gers first title for a decade, thereby ending Celtic’s hopes of becoming the first Scottish club to win ten-in-a-row, very much seen as the holy grail.

But it’s everything that’s happened to them in the intervening years.

On 1 June 2012, Rangers Football Club essentially went out of business and had to start again in the Third Division, Scotland’s bottom-tier.

In their absence, Celtic dominated Scottish football, winning nine straight titles as well as ten cups in that time, including a quadruple treble between 2017 and 2020.

So how did Celtic blow their chance at ten-in-a-row? And how did Rangers reclaim their position at the top of Scottish football?

Rangers’ European form since Gerrard’s taken over has undoubtedly been outstanding.

Between their expulsion from the top-flight and Gerrard’s arrival, the Gers played just one European tie.

Despite winning the first leg of that 1-0, a 2-0 reverse in Luxembourg saw them crash out to part-time side Progrès Niederkorn in the first qualifying round under Pedro Caixinha.

However, under Gerrard they’ve won all 11 Europa League qualifiers including notable victories over Maribor, Midtjylland, Legia Warsaw and Galatasaray.

This has helped them reach the group phase in all three seasons.

In 2018/19, that’s where the run ended thanks to a narrow matchday six defeat to Rapid Vienna.

In 2019/20 they stormed through a tough section, losing just once against Porto, Young Boys and Feyenoord.

Then followed a dramatic victory over Braga before Bayer Leverkusen finally ended their run, 394 days after it had started.

This season, they topped a UEFA group for the very first time, remaining unbeaten against Benfica, Standard Liège and Lech Poznań.

The round of 32 once again proved eventful as the Teddy Bears beat Royal Antwerp 9-5 on aggregate; the highest-scoring tie in Europa League history.

On Thursday night, they held Slavia Prague to a 1-1 draw in their round of 16 first leg; Filip Helander scoring from close range at Sinobo Stadium.

A win in next week’s second leg at Ibrox would see them reach a quarter-final in Europe for the first time in 13 seasons.

All of this is so important because of the revenue it had brought the club.

These Europa League runs in the last three seasons have brought in, to date, around €21,970,000 in prize money as well as a large share of the U.K. TV pool and ticket revenue, when that was still a factor.

This allowed them to buy Ryan Kent from Liverpool on deadline day in 2019 for £6.5 million and compete with Celtic who’d been accumulating European money for years.

A key reason behind Rangers’ success this season has been a reliable, solid core group of players who hardly ever miss a game.

Allan McGregor and Steven Davis, who’ve won trophies with Rangers before in previous spells, are two of 13 players who’ve played over 2,000 minutes this season.

McGregor has kept 20 clean sheets in his 34 appearances in all competitions, conceding just 23 goals.

In front of him, three of the back four never changed with James Tavernier and Borna Barišić at full-back with Connor Goldson plus one other in the middle.

Goldson has played every minute of every game in every competition this season, last missing a game on 17 January 2020 against Stranraer.

Captain Tavernier also deserves a special mention having racked up a remarkable 17 goals and 15 assists from right-back; figures that’ll surely see him scoop up the player of the year award.

In the middle, Ryan Jack, the aforementioned Davis, Glen Kamara and Scott Arfield have all been immense all season.

But, in attack is where it’s interesting.

Tavernier with 17 and Alfredo Morelos with 15 are the top scorers but 18 different players have scored so far this season, with ten of them netting five or more.

Sharing the goals around and not relaying on one player has been a major factor behind their success.

A lot of the praise for Rangers’ title victory has gone to Steven Gerrard and rightly so.

When he was appointed on 4 May 2018, he inherited a mess of a club who’d just lost 4-0 and then 5-0 to their bitter rivals in the space of a fortnight.

A huge job for a man with zero managerial experience.

He knew he had three seasons to stop ten-in-a-row and never panicked or lost his cool even when the pressure was mounting and stuck to his long-term plan.

In both 2018/19 and 2019/20, Rangers were in a great position to challenge for the title on New Years’ Day but collapsed after mid-season trips to Dubai.

Unlike Celtic, who made a very controversial trip to the UAE this season, the Teddy Bears stayed at home and this may well have helped them.

Gerrard’s lowest point at manager, without doubt, was the Scottish League Cup Final in December 2019 which, despite dominating, Rangers somehow lost 1-0 to Celtic.

But Gerrard had built up enough credit, largely with their performance in Europe, and has delivered the 55th title just in time.

Of course, there are two sides to every story and, rightly or wrongly, many would argue Celtic threw away ten-in-a-row as much as Rangers stopped it.

All Celtic fans agree that the last decade has been a fantastic period for the club, winning 19 major trophies in ten seasons, including a quadruple treble.

However, one of the signs of their recent decline has been come in UEFA competitions.

Under Brendan Rodgers, the Hoops qualified for back-to-back Champions League group stages in 2016 and 2017.

But since then, they’ve fallen in the third qualifying round to AEK Athens and then Cluj and, this season, were beaten a round earlier by Ferencváros.

Beyond that, Celtic’s record in the knockout phase of European competitions is awful.

This season, they didn’t even get that far, slumping out in the Europa League group stages after just four games.

Next year, Celtic will start in the Champions Leagues second qualifying round league path, meaning it would be a minor miracle if they got through three ties to get into the group stages.

This European record has to improve if Celtic are to stay competitive both on the field and in the transfer market.

GLASGOW, SCOTLAND – APRIL 14: Kieran Tierney of Celtic applauds the fans at the final whistle during the Scottish Cup Semi Final between Aberdeen and Celtic at Hampden Park on April 14, 2019 in Glasgow, Scotland. (Photo by Mark Runnacles/Getty Images)

It is going to be all change in the boardroom at Celtic this summer.

Chief Executive Peter Lawwell is retiring and 18 years in his position with Dominic McKay, who’s currently in a similar position at Scottish Rugby, coming in.

He immediately has a big job on his hands, first and foremost, finding a new manager.

But also, Celts fans must hope this improves the player recruitment side.

Since 2018, the likes of Kieran Tierney, Jeremie Frimpong, Moussa Dembélé and Stuart Armstrong, have all left the club.

There is no problem with this as they’ve brought in around £63.5 million in transfer fees and Celtic are, make no mistake about it, a selling club.

The problem is that around £19 million has been spent on sub-standard replacements.

Also, the contracts of key players like Kristoffer Ajer, Ryan Christie and Odsonne Édouard expire in 2022, meaning a decision has to be made on them this summer.

A huge rebuild is required and it remains to be seen if owner Dermot Desmond and the incoming McKay can oversee a successful one.

Reason 6: Celtic Have Missed Their Fans

Finally, it may seem like a trivial point but it’s hard to argue with the fact that a lack of crowd has significantly hindered Celtic’s season.

Almost none of the Rangers players had won anything ever so they were more motivated to win the league title for themselves.

On the other hand, ten-in-a-row would have been massive for Celtic fans, more than it would’ve been for most Celtic players.

Even if there had been fans in, given that they’re 20 points clear, Rangers would probably have still won the league.

But, some of the embarrassing home defeats, such as those against St Mirren and Ross County in the League Cup, may not have happened.

Everyone hopes that football will return to some sort of normality next season and, maybe, the return of fans to Celtic Park will make a difference.

The two clubs will meet again at Parkhead with Celtic due to give the newly crowned champions a guard of honour.

Whether that’ll happen or not is another matter.

They’ll also do battle again in the league after the split and could meet in the delayed Scottish Cup between now and the final on 22 May.

Is this the start of a power shift in Glasgow and indeed Scotland?

This article was edited by Benjamin Newman.