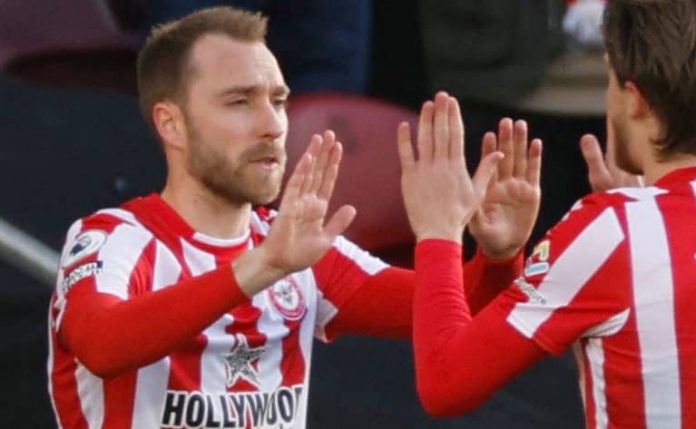 Christian Eriksen is set to undergo a medical after verbally agreeing to join Manchester United on a three-year contract, according to The Athletic.

United is preparing the details of the contract, which will run into 2025 and is believed to be worth around £150,000-a-week.

Eriksen is available on a free transfer after his short-term deal with Brentford ran out last month. The 30-year-old returned to the Premier League earlier this year after signing a six-month deal with the Bees back in January.

His time at Brentford was a huge success and Thomas Frank was desperate to sign the Danish international on a permanent basis, however, Manchester United also put forward a tempting proposal.

Eriksen has been mulling over his options in recent weeks but The Athletic are one of several media outlets who claim today that the attacking midfielder has now agreed to join Man Utd.

The report said Eriksen has accepted a three-year contract at Old Trafford and the paperwork is now being drawn up to finalise the transfer.

United will hope there are no issues with the medial. Eriksen was fitted with an implantable cardioverter-defibrillator after suffering a cardiac arrest while playing for Denmark at Euro 2020.