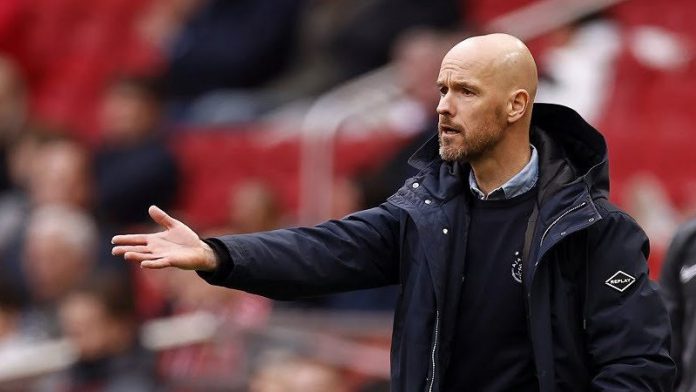 Manchester United boss, Erik ten Hag, has hit out at his players following their Premier League 2-1 defeat to Brighton on Sunday.

Ten Hag also revealed why his team lost against Brighton at Old Trafford.

Two first-half goals from Pascal Gross gave Brighton the victory over Manchester United.
Speaking after the game, Ten Hag said at his post-match press conference: “Of course definitely a setback and real disappointment.
“I knew from the start it would not be easy. We gave two easy balls away and it was not good in organisation.

“It is clear to see the second half we were better in midfield with Eriksen down and Ronaldo up. We created and Rashford had two good chances, it is a shame we did not score.
“I am not satisfied, totally not. We lost and it was not necessary. We should do better.
“We made mistakes on the ball and organisation mistakes in defending. We have to take the lessons and learn quickly from it.

“Brighton are a decent team, all the compliments, but I look to my team and we should not give two easy goals away.”
Then, when quizzed on the club potentially needing more signings, he added: “We could do better with the players we had.”