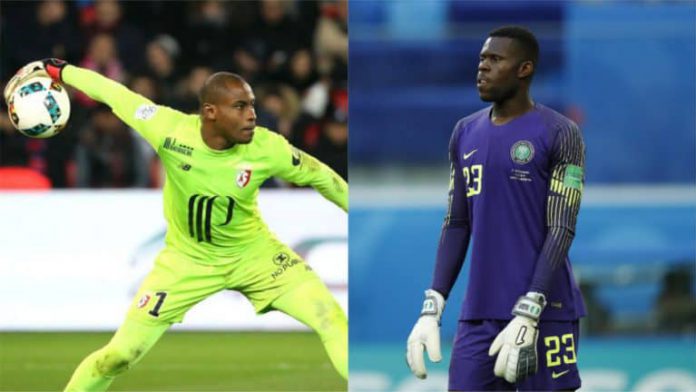 Former Super Eagles goalkeeper, Vincent Enyeama has reacted to the Super Eagles’ goalkeeping problem after Nigeria failed to qualify for the 2022 World Cup in Qatar.

The goalkeeper allowed a shot from Arsenal’s Ghana captain Thomas Partey to squirm under his body and into the net.

It was also a goalkeeper mistake that cost Nigeria the 2019 Africa Cup of Nations in Egypt after a blunder by goalkeeper Daniel Akpeyi.

The same scenario played out in Cameroon, as Okoye’s blunder saw the Super Eagles crash out in the round of 16 to Tunisia.
And Enyeama feels it would be difficult for Uzoho, Okoye and Akpeyi to step into his shoes.

“It is time we face the future and keep moving. I don’t want to apportion blame,” Enyeama said on Channels Television.
“I listened to what George also said the other time we cannot have another Jay-Jay Okocha same that we cannot have another Vincent Enyeama, it is the truth. “What I did for Nigeria you cannot really comprehend, it’s time that will tell.

“I’m going to say we have to do with what we have. I didn’t really see what happened during the match but the truth is that there’s only one Vincent Enyeama and we only have to encourage and support them, these guys need confidence.

“It’s sad that everybody was talking about goalkeeping before the game. These guys have to go through massive pressure to live up to the billing.

Janusz Walus to serve his parole in South Africa, not Poland...