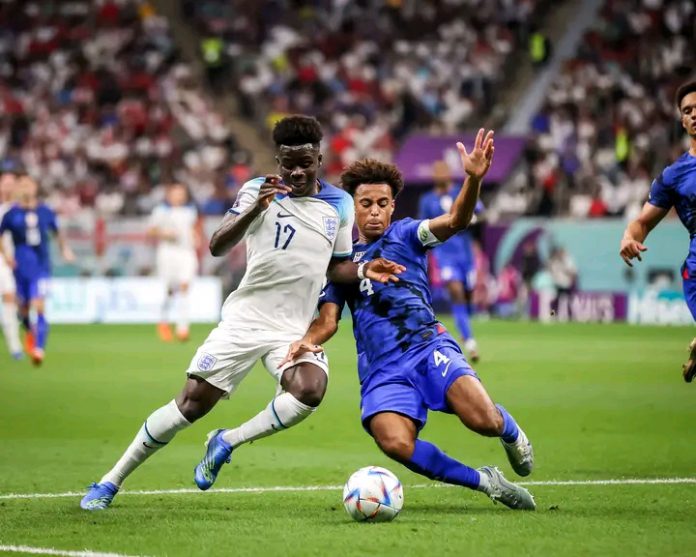 England laboured to a drab draw against the United States to miss the chance to seal qualification for the World Cup knockout stage.

Gareth Southgate’s side were second best for long periods as they failed to match the energy and intensity of the USA, who have their own hopes of making the last 16.

England with Harry Maguire solid in defence, were unimpressive and rode their luck when Weston McKennie missed an easy chance and Christian Pulisic struck the bar in the first half.

Mason Mount brought a fine save from USA goalkeeper Matt Turner just before the break but this was an undistinguished display that carried none of the attacking verve that saw the Three Lions thrash Iran in their opening game, and leaves them heading into their match against Wales with their fate undecided.

England remain firm favourites to qualify for the knockout stage, knowing they only need to avoid a four-goal defeat against Wales to progress.