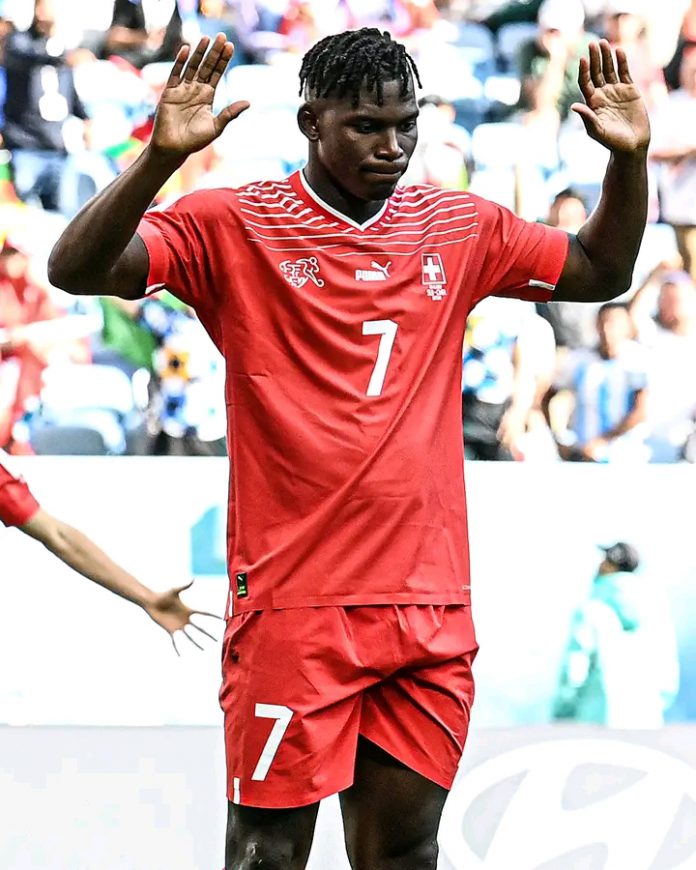 Switzerland’s Breel Embolo scored the only goal against Cameroon – the country of his birth – in a hard-fought World Cup Group G opener.

Embolo refused to celebrate when he finished off a slick Swiss attack shortly after half-time.

The Indomitable Lions were unfortunate to lose after an enterprising display at the Al Janoub Stadium in Qatar.

Victory was vital for Switzerland, as both sides still have to face Brazil in the group.

Embolo moved to Switzerland from Cameroon with his family as a six-year-old and pledged his allegiance to the European nation after being granted citizenship in 2014.

At the age of just 18, he set up the Embolo Foundation to support refugee children in Switzerland and disadvantaged children in the country of his birth.

He said before the game it would be “a very special” occasion to play against Cameroon and when he scored, he respectfully raised his arms and closed his eyes.

His strike ensured victory for a side with high expectations – boss Murat Yakin has declared his squad “the best Switzerland side ever” and said he expects them to achieve their best return at a World Cup.

Yet they struggled in the first half in the face of a vibrant Cameroon start and ought to have gone behind, with Eric Choupo-Moting, Bryan Mbeumo and Martin Hongla all missing presentable opportunities.

Phone owners without Ghana card have not been blocked – Ursula