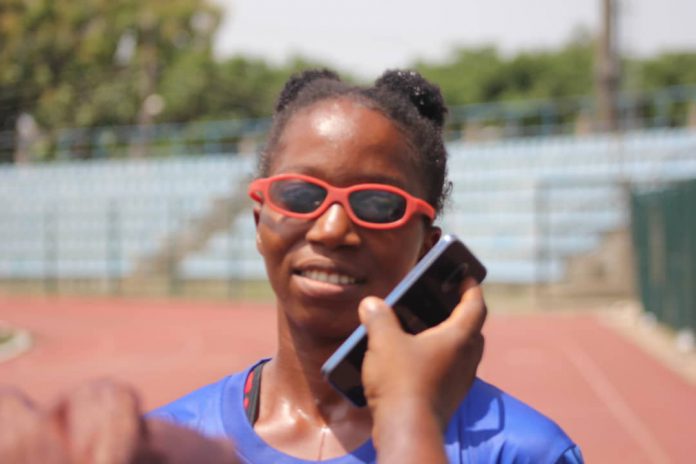 • Says Her Dream Is To Play For The Super Falcons And Europe As Well.

After helping her team register victory in their opening match of the ongoing Ekofootball Queens Championship, Nakamura FA superstar, Ibauchi Chika has affirmed her love and desire for the beautiful round leather game, stating that Football is her passion and career.

The amazing player scored, as she helped her team secure an impressive 2-0 victory over Divine Football College on Sunday at the Agege Stadium to ensure a dream start to the competition.

Speaking after the win, the young and bright football affirmed her affections towards the beautiful game of football, stating that it was her passion and career.

“I love to score goals. I love football, it’s what I love doing, it’s my career, my passion, and my dream”.
While still speaking further Chika also stated that her target and dream is to play for the Super Falcons of Nigeria, as well as playing in Europe.

Ibauchi Chika will hope to continue scoring, as her team executes subsequent matches in the competition (Ekofootball Queens Championship).