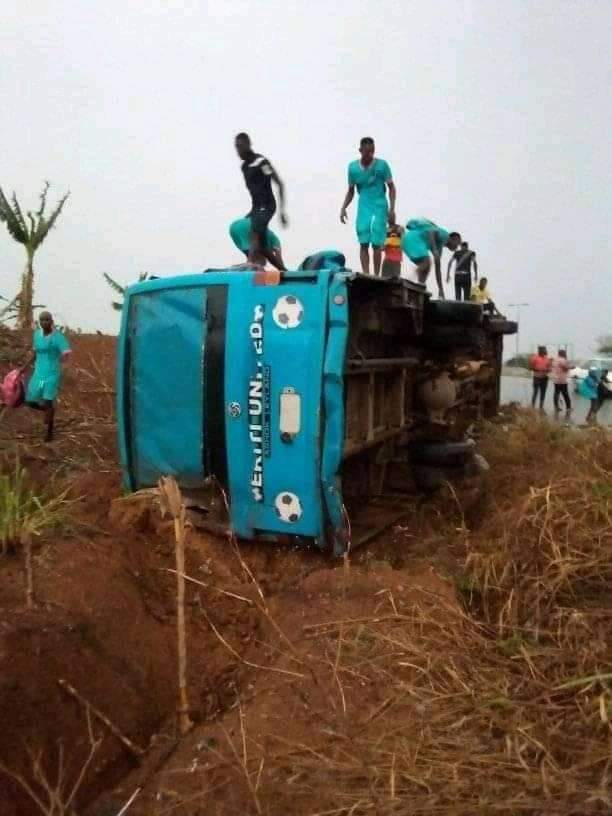 The accident occurred while the players were returning to Ado from Ikere after their training session.

There were however no casualties as all occupants of the vehicle were safe though varying degrees of injury were sustained by some of them.

The vehicle had been on the road for several hours in recent days with two away matches at Lagos and Ilorin.

After traveling to Lagos on Monday for the mid-week clash against Vandrezzer fc on Wednesday, the team returned to Ado on Thursday night and embarked on the journey to Ilorin on Friday morning for the weekend clash with Osun United.