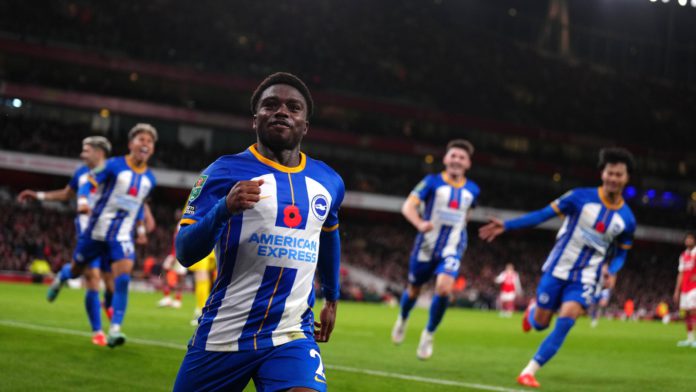 Premier League leaders Arsenal were knocked out of the Carabao Cup as Brighton gained a shock away victory.

Eddie Nketiah had given Arsenal the lead with a curling finish after Reiss Nelson’s run from the halfway line.

Danny Welbeck, who played for the Gunners in the 2018 final, made it 1-1 with a penalty after he had been fouled by debutant home goalkeeper Karl Hein.

Kaoru Mitoma put Brighton ahead after a neat passing move and Tariq Lamptey added a third with a low strike.

The loss in this third-round tie was only the third time in 20 matches in all competitions that Arsenal had been beaten this season.