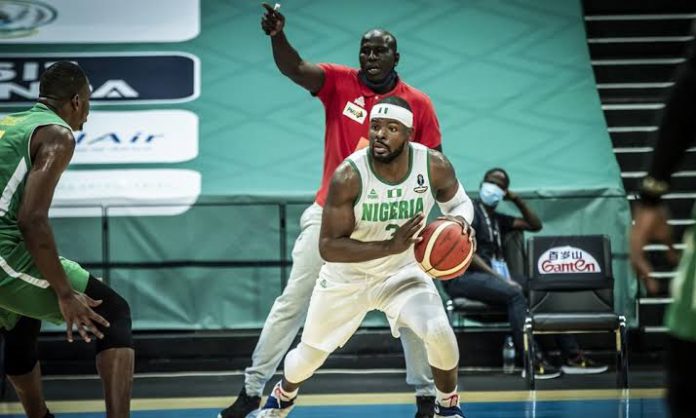 The D’Tigers will be heading for the drawing board after losing 68-77pts to Côte d’Ivoire in their last group C game and failing to pick an automatic FIBA Afrobasket quarter final ticket.

The game which was the group’s decider saw Nigeria struggling for the better part of the game. They struggled with their shooting averaging 41.8% field goal conversion with 29.6% shooting accuracy from the three point line.

The game watched by the Emir of Kano, His Royal Highness, Aminu Ado Bayero alongside members of the royal house, Bayero Isa Sanusi and Bayero Ujudud Sanusi alongside the Nigeria Basketball Federation, Engr Musa Kida lived up to expectations.

A very physical Ivorian team also dominated defensively as they out rebounded D’Tigers 44-30.

Benjamin Emelogu led the team in scoring with 13pts, 2stls and 5 rebounds.

Nigeria will play the third placed team in group D in their quest to secure a quarter final ticket.

Tracing the genesis of the painful loss, Coach Mike Brown said the team did not play harder and together like a team that wanted a win.

“We didn’t play hard or play together and that is a recipe for disaster against a good team. You have to give Ivory Coast credit. They were extremely physical and confident and they were together the entire game”.

He congratulated the Ivorians for playing better and harder.

“They played harder than us today. They played smarter than us today and they got the win. In my opinion, the best team won the game today. You have to give a lot of credit to Ivory Coast. They did a heck of a job”.

All hope is not lost for a medal finish and Coach Brown is eager to see how the team bounces back from this minor setback.

“It will be interesting to see how our guys respond after the loss. We still have an opportunity to go again and we will see how that turns out in the next game”