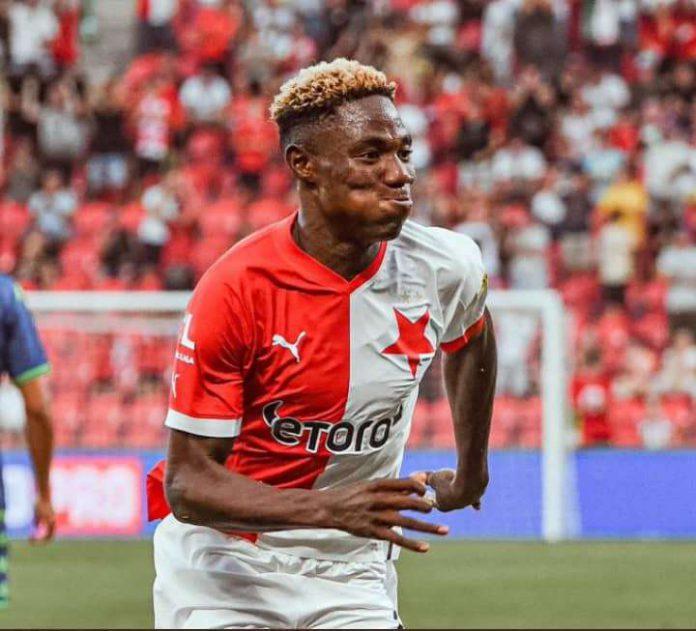 The Czech Republic side defeated their Greek opponents 2-0 with Ivan Schranz and Usor on the goal scorers sheet at the Fortuna Arena on Thursday evening.

Usor a former 36 Lions of Lagos prodigy who came on as a second half substitute; said on Slavia Prague YouTube channel after the win against Panathinaikos, that it was a dream come true for him.

“I am really happy about my first goal in Fortuna Arena. It was a big dream for me to score it here,” he said.

The Red Whites who had missed a few scoring chance in the opening 40 minutes, finally found the net in the 45th minute off the boots of Ivan Schranz.

Usor then put the icing on the cake for his team in the 55th minute after Ewerton effort had hit the post but the ball rebounded to the Nigerian who sent it into the net to make it 2-0.

Benin City To Host NNL Annual General Meeting Ahead Of The...

Modric confirms he won’t be retiring for Croatia