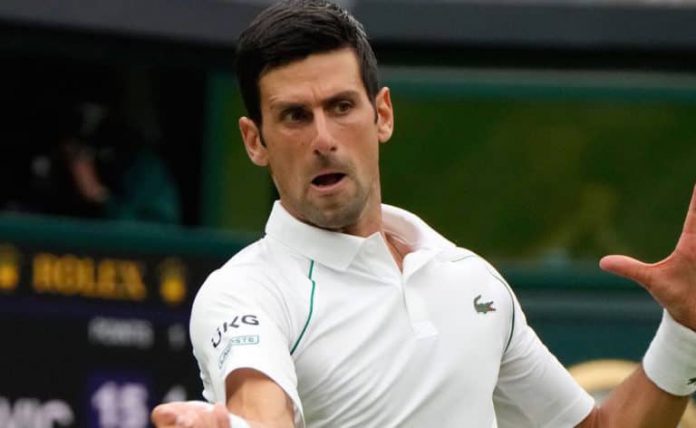 Wimbledon champion Novak Djokovic has booked his semi-final spot after battling back from the brink of defeat to knock out Jannik Sinner over five sets.

Top seed Djokovic, who has won the last three Wimbledon men’s singles titles, went two sets down and looked on course to crash out in spectacular fashion to world No.13 Sinner in the last eight but produced an incredible comeback.

The six-time Wimbledon champion showed the Centre Court crowd why he is a 20-time major winner by claiming three straight sets to register a stunning 5-7 2-6 6-3 6-2 6-2 victory and next faces Great Britain’s Cameron Norrie or David Goffin.

World No.3 Djokovic is bidding to become only the fifth man in the Open Era to register four straight major titles at one tournament and the Serbian took a step closer with victory over Italian Sinner – adding to his wins over Tim van Rijthoven, Miomir Kecmanovic, Thanasi Kokkinakis and Kwon Soon-woo.

Djokovic has come out on top in all but one of his 10 five-set matches at Wimbledon, with his only loss in 2006 to Mario Ancic in the fourth round.

He could be set for a mouth-watering final against second-seed Rafael Nadal, if both men make it that far, in what would be a repeat of their Roland Garros semi-final at the end of May.

I Will Win More Trophies With Man United – Ronaldo Tells...