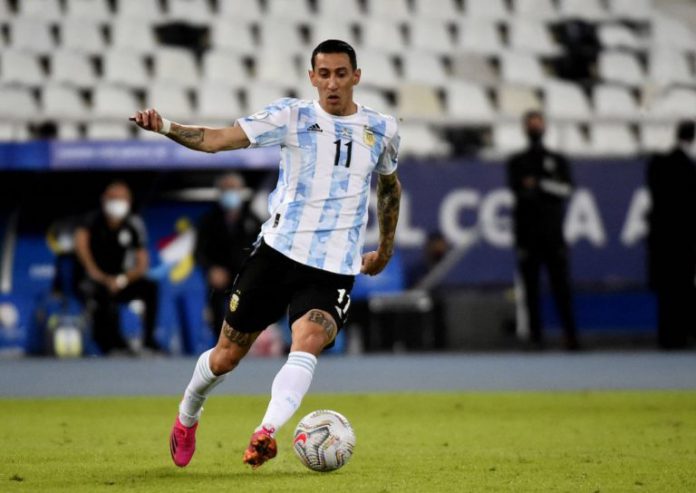 Angel Di Maria has indicated that he will retire from international football after the World Cup. The 34-year-old says he expects their 3-0 win against Venezuela to be his final appearance for his country in Argentina.

The Albiceleste are in action again when they visit Ecuador in their final World Cup qualifying game, but have no more home games scheduled before the tournament in Qatar in November.

Argentina captain Lionel Messi has said he will decide if he should end his international career after the World Cup, but Di Maria has already made that call.

He wrote on a post on Instagram: “I just wanted to say thank you for the enormous love I have received. I always dreamed of everything I’ve experienced on this beautiful night.

“It was probably my last match with this shirt in Argentina and being able to say that it was a wonderful night is an understatement.

“Thank you, thank you and a thousand times thank you. Now to congratulate the whole team for their huge performance – a perfect match for all.

“Let’s continue growing and dreaming together. Let’s go Argentina!”
How many times has Di Maria played for Argentina? The clash against Venezuela was Di Maria’s 120th appearance for Argentina.

The Paris Saint-Germain winger was a key figure, scoring once and setting up another in a comfortable win for his side, taking his tally up to 23 goals.

Di Maria made his debut in September 2008 and was a key part of their World Cup campaign two years later, in which they reached the quarter-finals.

Crime stats: Over 7 000 murders committed between July and September

Fishermen threaten to embark on demo over premix fuel shortage