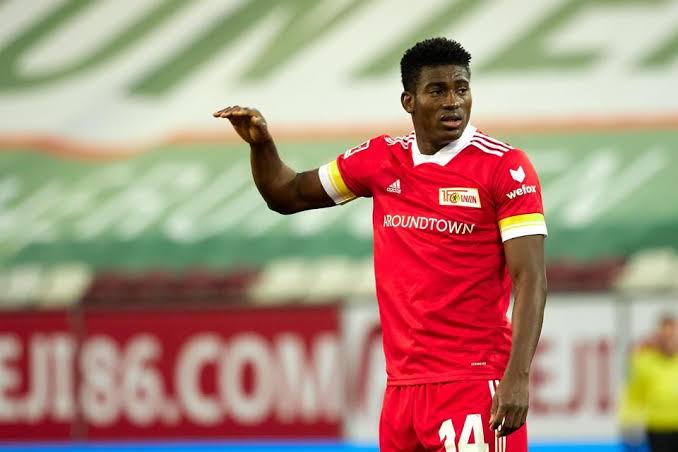 Nigeria forward, Taiwo Awoniyi was excellent as Union Berlin secured their passage to the next round of the DFP Pokal.

Awoniyi joined Union Berlin On a permanent deal last month having previously played for them on loan and he proved his worth on the pitch assisting Max Kruse for the game’s only goal.

Spent six years in Liverpool, Awoniyi could not break into the first team, and seeing no future at the Merseyside, he returned to Germany where he’d impressed with Union Berlin last season.

Awoniyi scored five goals and created two for teammates last season as Union Berlin finished 7th on the log in the 2020/21 Bundesliga season.

Macron heads to US for wide-ranging state visit