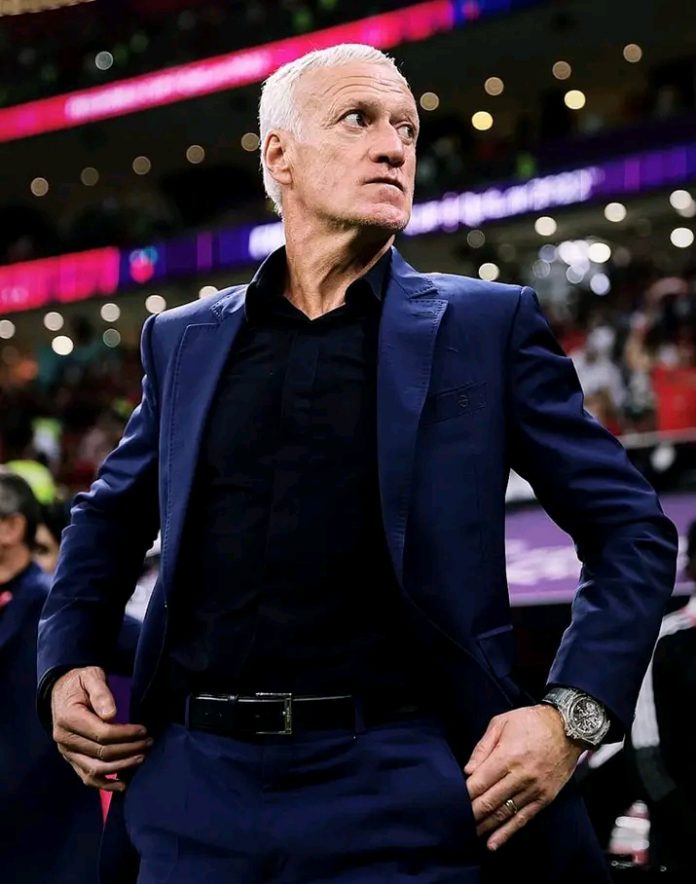 Didier Deschamps has suggested he could continue as France manager until after Euro 2024.

The 54-year-old missed the chance to become just the second manager ever to win two World Cups on Sunday as his side lost on penalties to eventual champions Argentina, but won the tournament with his home nation in 2018.

According to a French Football News, Deschamps is keen to lead his side at Germany 2024, and possibly to the World Cup in North America in 2026 despite suggestions he could leave the role after this year’s tournament.

France came incredibly close to lifting the trophy again in Qatar, which would have been their third title, despite missing several of their key players through injury.

Paul Pogba, N’Golo Kante and Karim Benzema were among those absent, normally important players in Deschamps’ side, leaving fans wondering how France would have fared if they had a fully fit squad available.

Benzema has since appeared to announce his retirement from international football, but reports have suggested he could change his mind if Deschamps was to leave his role.

Zinedine Zidane has been heavily linked with taking over as France manager, a man Benzema worked with in the past at Real Madrid, with Deschamps’ contract set to expire at the end of the calendar year.

Deschamps didn’t want to speak about his future in the immediate aftermath of France’s loss to Argentina, but it was confirmed he would meet French Football Federation president Noel Le Graet to discuss his future soon.

A decision isn’t expected until the new year, but it is understood Le Graet and France president Emmanuel Macron, who was present in Lusail on Sunday, want Deschamps to stay.

Covid-19: $81m worth of vaccines govt paid for was not delivered...

Why I Became A Coach – Kolo Toure