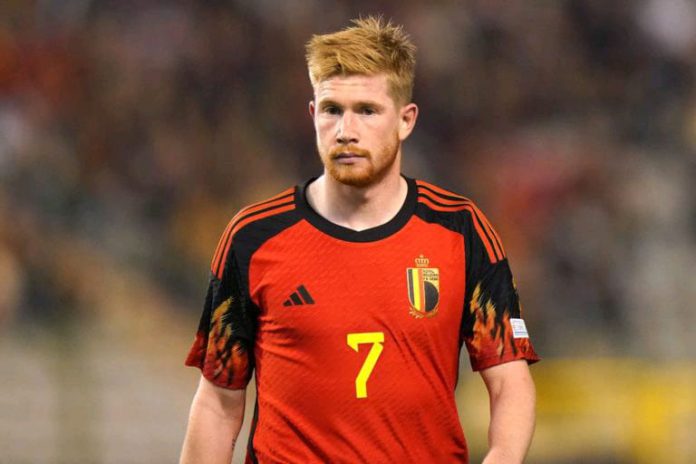 Kevin De Bruyne has offered a bleak assessment of Belgium’s chances to win the World Cup in Qatar.

The Manchester City star has been an integral member of his national side during their ascendency up the world rankings throughout the last decade.

However, after crashing out in the tournament’s semi-finals in Russia, De Bruyne candidly wondered if Belgium’s opportunity to capture the biggest prize in football has already passed them by.

‘I think our chance was 2018. We have a good team, but it is ageing.’ The 31-year-old explained in an interview with The Guardian.

‘We lost some key players. We have some good new players coming, but they are not at the level other players were in 2018. I see us more as outsiders.’

Though, the team have benefitted from their experiences at the highest levels of international football, De Bruyne explained how the physical demands of the game have become harder to contend with the older he gets.

‘I am fully able to do what I need to do, but I feel the difference compared with eight years ago. I need more treatment, more rest.’.

Four nabbed after kidnapping Indian businessman at OR Tambo International

UCL; All Eyes On Haaland As Dortmund Visits City