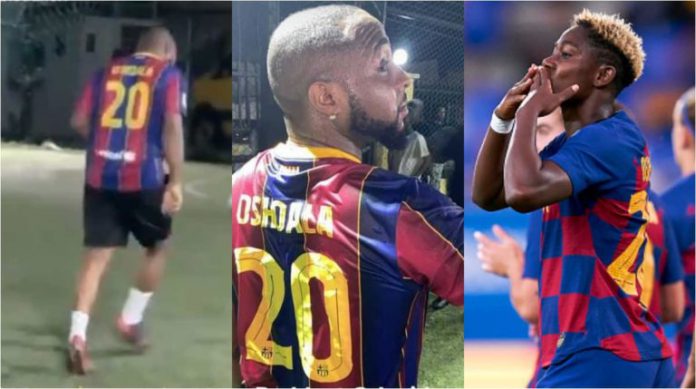 Nigeria’s pop star David Adeleke popularly known as Davido has called out a couple of Super Eagles stars, begging them to send him cash ahead of his 29th birthday on Sunday.

In what started as a playful joke, the singer took to his social media to post his bank account number, requesting his fellow celebrities to send him money.And a whole lot responded, with Davido receiving over 100m Naira on Wednesday.

The Gobe singer did not call out any Super Eagles star yesterday, but he has now added Wilfred Ndidi, Henry Onyekuru, Alex Iwobi and Kelechi Iheanacho to his list.In a story shared on his Instagram page, Davido asked the Super Eagles quartet to send his pre-birthday money, with Ndidi re-sharing on his page.

Renowned lawyer, Yaw Oppong to be installed as sub-chief in Akyem...

Gov’t is committed to fight illegal logging just as ‘galamsey’ –...