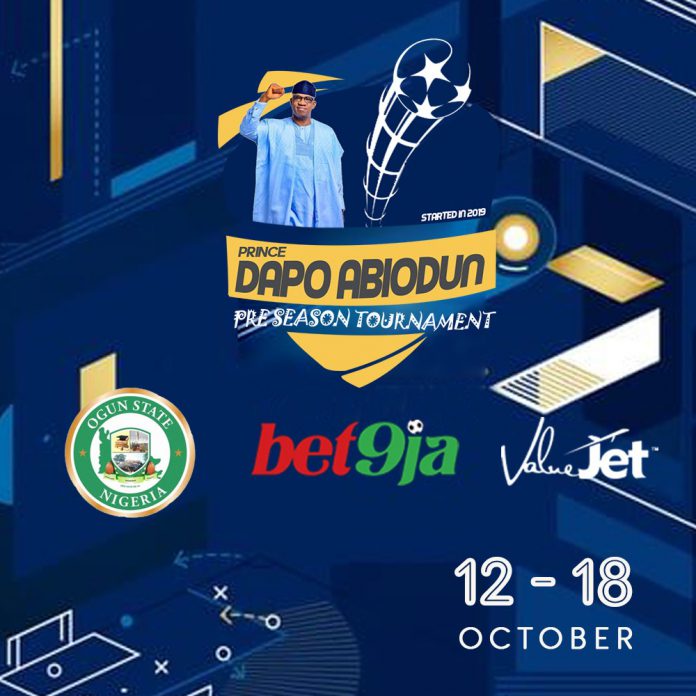 Nigeria’s biggest indigenous betting company, Bet9ja, and fast-growing airline in Nigeria, Valuejet have agreed to extend their sponsorship agreement with the organizers of the Dapo Abiodun preseason tournament.

This year’s tournament has been scheduled to hold at the Dipo Dina International Stadium, Ijebu-ode from October 12th – 18th with 10 clubs competing with the defending champions, Shooting Stars.

Bet9ja and ValueJet added brand value and glamour to the tournament last season and the third edition promises to be exciting for the brands, clubs, and fans.

“The organizers are excited with Bet9ja and ValueJet’s decision to extend their relationship with us, they enjoyed the mileage and positive reviews they got last season and we are looking forward to working together as a team to produce a great tournament,” the tournament coordinator, Oye Bawala said.

The draws for the tournament will hold on Monday, October 11th in Ijebu-ode. The tournament format will have three groups, quarter-final, semifinal, and grand finale matches. The prestigious preseason tournament is supported by the Ogun State Government.