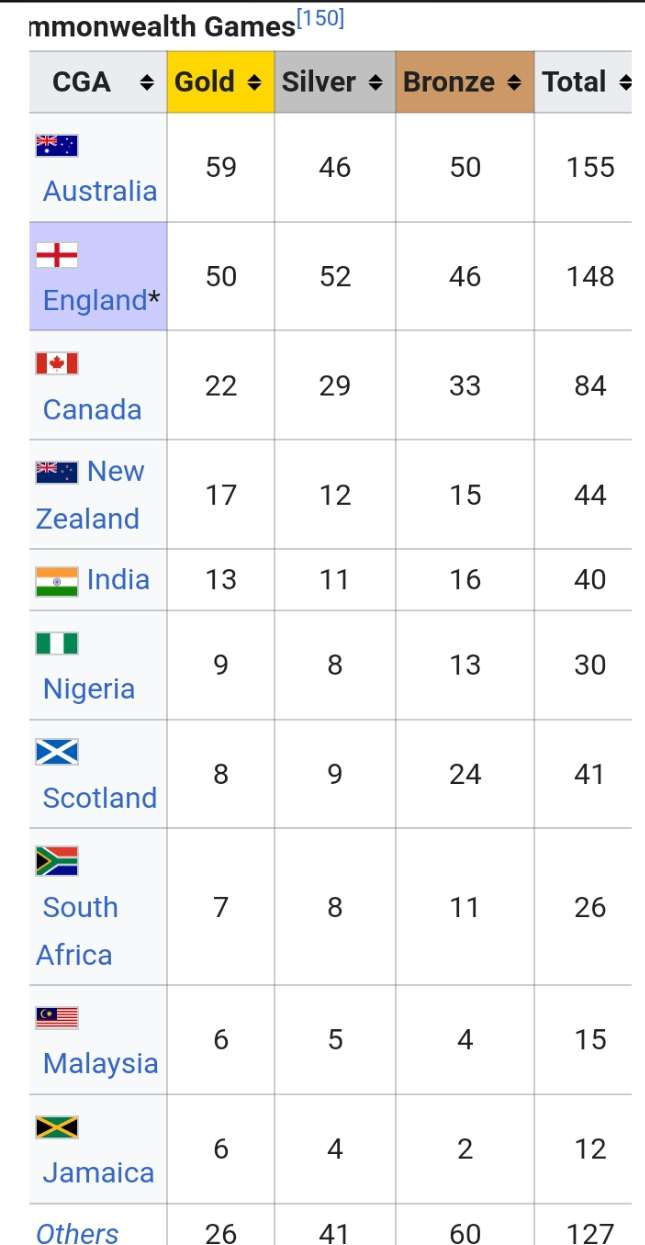 * After Winning 14 Medals on Saturday

Team Nigeria has now occupied the number one position in African team and sixth (overall) on the medals table at the ongoing Commonwealth Games, following the addition of another fourteen (14) medals added to the country’s total haul in Birmingham, on Saturday.

As of the end of Day 8 (Friday) at the Commonwealth Games in Birmingham, Team Nigeria trailed South Africa in the eighth position, having amassed a total of seven Gold, three Silver, and six Bronze Medals, making a total of 16 medals.

But on Saturday, Day 9, the country’s athletes continued from where they stopped as they dominated the Women’s F55-57 Shot Put event where Eucharia Iyayi won the gold, while Ugochi Alam settled for the bronze.

Iyayi did not just win the gold, she did it in style; setting a new Commonwealth Games Record with a 10.03 throw.

Though many events are yet to be decided as the games continue today which leaves room for changes in the current position, Team Nigeria is on course for even more medals as the Commonwealth Games heads for the home stretch.

Aside from the duo of Tobi Amusan and Ese Brume that are strongly tipped to defend their Commonwealth Games titles on Sunday in the 100m Hurdles and Women’s Long Jump events, a couple of other Team Nigeria athletes are closing in on medals in their respective events.

Moscow-held Ukraine regions to vote on annexation by Russia