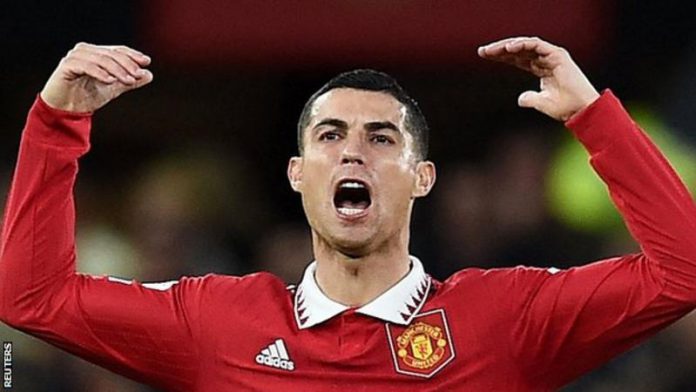 Cristiano Ronaldo says he feels “betrayed” by Manchester United and is being forced out of the club.

Ronaldo promised in August he would give his version of life at Old Trafford after failing to secure a move away from United to a club playing in the Champions League, as he had hoped.

The veteran Portuguese has now broken his silence in a wide-ranging interview with Piers Morgan for TalkTV.

Manchester United have been asked for a response to Ronaldo’s claims.

United, who beat Fulham 2-1 on Sunday, are fifth in the Premier League in manager Ten Hag’s first season in charge.

When asked if United’s hierarchy were trying to force him out of the club, Ronaldo said: “Yes, not only the coach [Erik ten Hag], but another two or three guys around the club. I felt betrayed.”

When quizzed again if senior club executives were trying to oust him, the 37-year-old said: “I don’t care. People should listen to the truth.

“Yes, I felt betrayed and I felt like some people don’t want me here, not only this year but last year too.”

US journalist detained at World Cup stadium over LGBTQ shirt