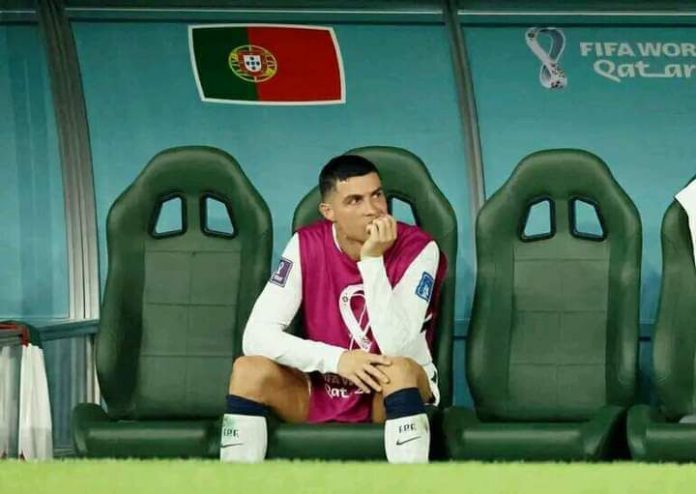 Cristiano Ronaldo was redicled to the role of a superstar nobody wanted after Portugal did what Manchester United’s have done in believing they might just be better off without him.

And better off without him they certainly were as Portugal rewarded coach Fernando Santos’s courage in dropping his country’s sporting icon with the complete attacking performance and a 6-1 win over Switzerland that sets up a World Cup quarter-final against Morocco.

Santos was not only vindicated for his decision to axe Ronaldo after publicly criticising his gestures when he was substituted in the last group game against South Korea, he hit the jackpot as his young replacement Goncalo Ramos looked the real deal in hitting a superb hat-trick.

It has been a bruising time for 37-year-old Ronaldo’s considerable pride and ego as first his Manchester United career ended in acrimony following public criticism of the club and now Portugal did what was previously unthinkable – at least going as far back as 31 games and before Euro 2008 – and ditched him from their starting line-up at a major tournament.

This was certainly the bravest selectorial call of this World Cup and the biggest of Santos’ eight-year time in charge of Portugal.

Santos, despite having a Euro 2016 win on his CV, will have known what was at stake by making this seismic change. If Portugal had lost, he would have known who would carry the can for their World Cup exit and it would not have been Cristiano Ronaldo.

Instead, Santos watched with his usual stern expression as Portugal looked a more vibrant, fluid and threatening side without all their focus trained on the often overpowering presence of Ronaldo.

Portugal moved smoothly through midfield with Bernardo Silva and Bruno Fernandes at the controls, and up front Benfica’s 21-year-old striker Ramos, previously unknown on this sort of goal-scoring stage, carried any burden he may have been feeling as Ronaldo’s replacement lightly.

The previously subdued but richly talented Joao Felix looked liberated, rather like the rest of the Portugal team.

Universities that are allowing late registrations