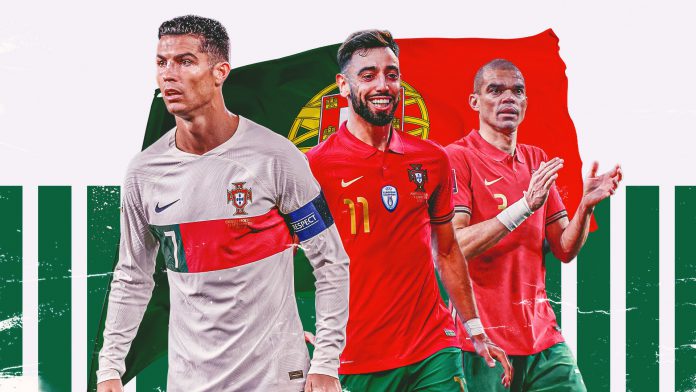 Cristiano Ronaldo has been selected for his 5th World Cup appearance after he was included in Portugal’s 26-man squad for Qatar.

The Manchester United forward is one of ten players from the Premier League to be included in manager Fernando Santos’ squad. Among those also included are club team-mates Bruno Fernandes and Diogo Dalot, as well as Manchester City stars Bernardo Silva, Ruben Dias, and Joao Cancelo.

Portugal veteran, Joao Moutinho as well as fellow internationals Nelson Semedo and Goncalo Guedes were left out of the team.