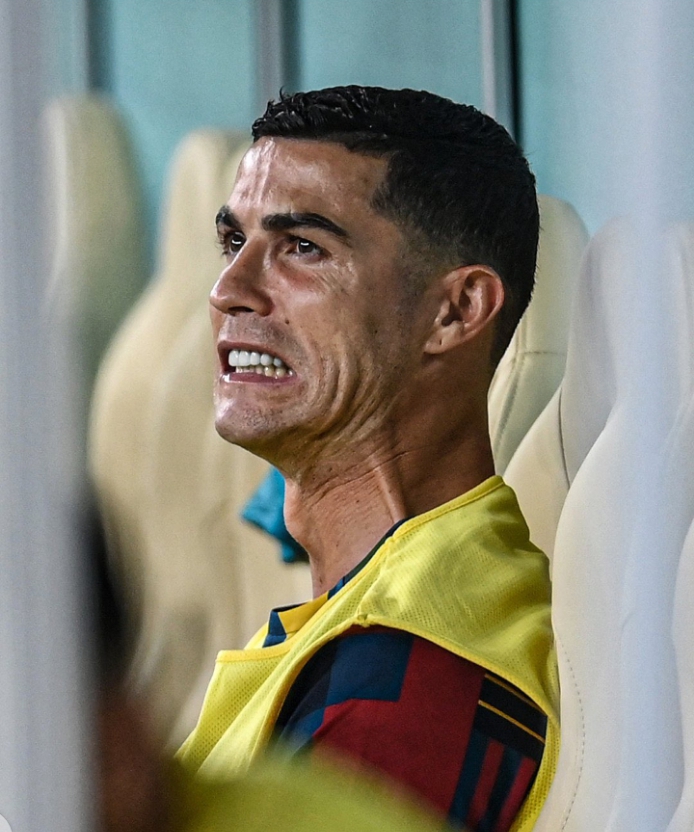 The former Manchester United ace participated in five FIFA World Cups with Portugal, but failed to score in the knockout stage.

Cristiano Ronaldo arrived at the 2022 FIFA World Cup with the intention to win the trophy for Portugal and break personal records along the way.

The 37-year-old started the campaign by scoring in the 65th minute from the penalty spot, the 118th international goal, against Ghana in the 3-2 win and he became the first player to score in five World Cups.

“It’s a beautiful moment, in my fifth World Cup. We won, we started off on the right foot, a very important victory,” Ronaldo said following the match. “We know that in these competitions winning the first game is crucial.

Another record too, the only player to score in five consecutive World Cups, that for me it is a reason of great pride.”

Cristiano Ronaldo is a goal scoring machine for club and country, but when Portugal needed him the most, the former Manchester United ace didn’t appear. The 37-year-old made his 22nd appearance for Portugal at a World Cup in the quarter-final game against Morocco at Al Thumama stadium when he came off the bench in the 51st minute.

Portugal was losing 1-0 against the Atlas Lions and they needed Cristiano Ronaldo to appear in a crucial game that would define their future in the tournament. The former Real Madrid ace had an opportunity to level the game in stoppage time but goalkeeper Bounou didn’t allow it with a save low down in the center of his goal. The Portuguese striker wrapped his foot around a through ball to the brink of the box, but lacked placement.

This was Cristiano Ronaldo’s eight appearance in the knockout stage in his prolific World cup career with Portugal and according report he had a total of 27 shots on target since making his debut in 2006. The 37-year-old failed to score against the Germany, Netherlands, England, France, Spain, Morocco, Uruguay and Switzerland.

Eguavoen Confesses: I Gambled Against Ghana