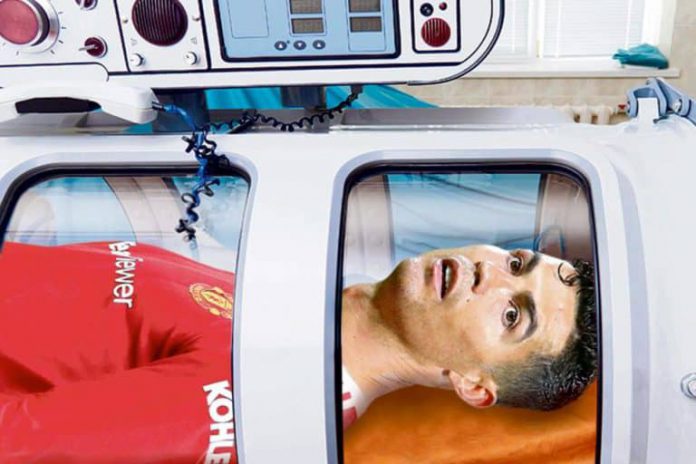 Cristiano Ronaldo has reportedly installed a high-tech oxygen chamber in his home to help improve his fitness. Ronaldo, 36, has managed to continue his impressive goalscoring record since joining Manchester United from Juventus last summer.

He’s now scored 14 goals in 20 games this season but has faced criticism for his work-rate in matches, with some questioning his suitability for interim manager Ralf Ragnick’s high-pressing brand of football.

According to The Sun, Ronaldo has now taken steps to improve his fitness by installing a hyperbaric oxygen therapy (HBOT) machine at his home in Alderley Edge, Cheshire.

The Portugal international is said to have used the same machine to speed up his recovery from a knee injury he sustained in the Euro 2016 final against France.

A source close to Ronaldo told The Sun: “Everyone knows Cristiano is a fitness fanatic and totally dedicated to being in the best shape he can be.

“He’s used oxygen chambers before in his career but they are not as easy to find in the UK so he decided to buy one and have it installed at his house.

“It means if he ever feels a twinge he can go and use it and get the benefits.
“These are the reasons why he misses so few games due to injury.”