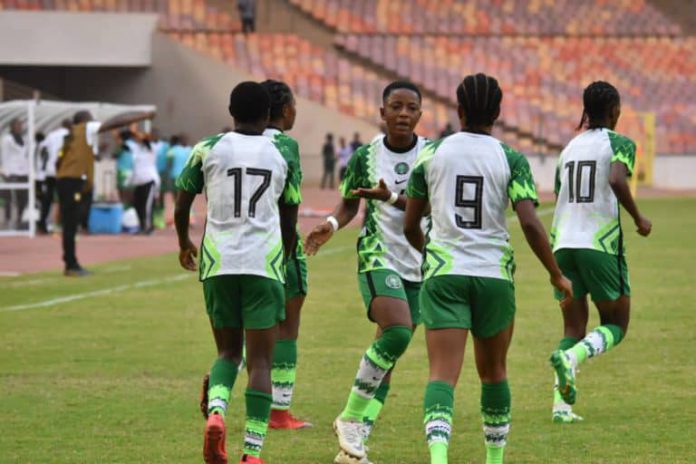 Nigeria reached the final round of the qualification series for this year’s FIFA U20 Women’s World Cup afer the Falconets turned back their Cameroonian counterparts 3-0 at the MKO Abiola National Stadium, Abuja on Saturday.

The encounter was the first international match at Nigeria’s premium sporting arena since the Falcons defeated their Senegalese counterparts 2-0 in a Women Africa Cup of Nations qualifying match in April 2016.

A brace by left–sided midfielder Esther Onyenezide and one by Precious Vincent sent the Young Lionesses back to Yaounde empty –handed, less than 48 hours after that country’s senior men team was bumped in the semi final stage of the Africa Cup of Nations the country is currently hosting.

The Falconets will now tango with the winner of the Morocco-Senegal fixture in a two-legged affair next month for a slot at the FIFA U20 Women’s World Cup in Costa Rica in August.

Olele Salvador writes: At the bar with Joe Mettle – a...