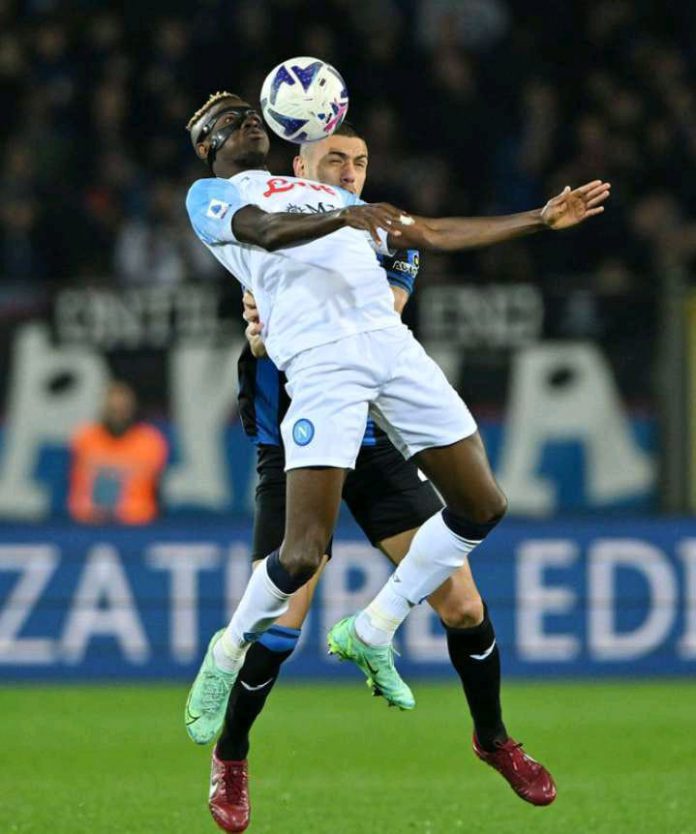 Recall both strikers were on target for their respective clubs as the race for the Scudetto hots up going into the Qatar 2022 World Cup break.

According to Corriere Dello Sport, the distance in the standings between Napoli and Milan represents the real value that exists between these two teams from a technical point of view and also from a game point of view.

Here is what Alessandro Barbano wrote in Corriere Dello Sport after the weekend’s Serie A games.

“The six points that divide Napoli and Milan are the realistic picture of the difference in value between the two teams. The Rossoneri who beat Spezia, wasting a lot of chances, are a line under the Azzurri. Not only because the good Bennacer Lobotka is not worth it, but Giroud also is not worth Osimhen, and Leao is not worth Kvara. But what could be defined as a lack of entropy of immaturity and disorder that remained in the character of this young and talented team? Napoli has won nothing, which also inaugurates a new course, and seems more solid.

Meanwhile, the Serie A body through its official Twitter handle has congratulated Osimhen for smashing the record of the top Nigerian marksman in Italian football after he bagged his 32nd goal against Atalanta to surpass Simy Nwankwo’s feat of 31 goals.

A tweet from the handle read: “Congratulations on becoming the top Nigerian goalscorer in #SerieA💎 history @victorosimhen9

Coutinho: Why I Left Barca