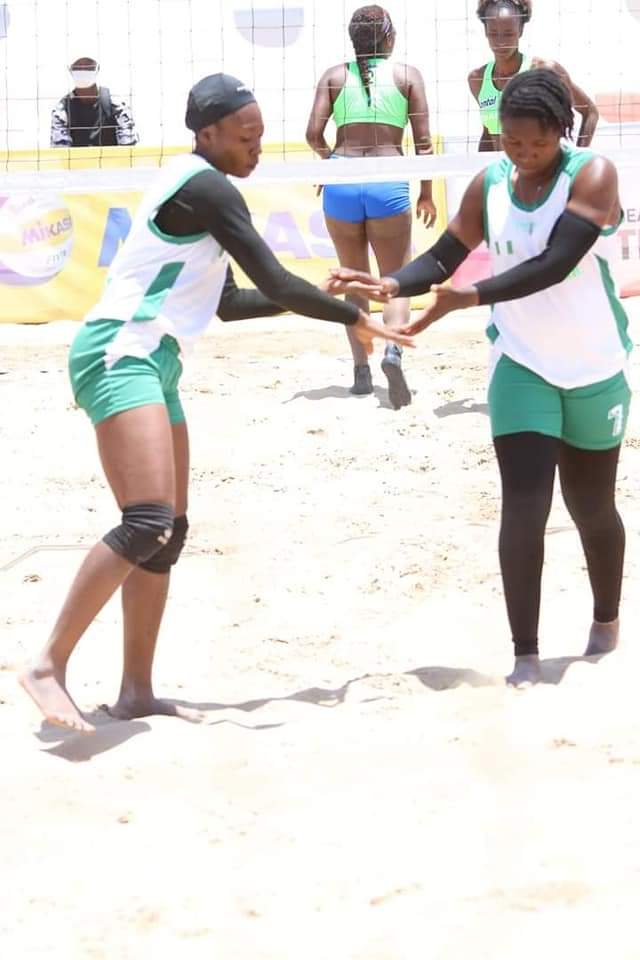 National Women Volleyball team made it to Sunday’s final of the Continental Cup ongoing in Agadir, Morocco on Saturday

Nigeria made it through after Egypt, her opponent in the semi-final was disqualified after some of the delegates tested positive of covid 19.

Nigeria will face Kenya in the final of the competition which serves as the sole African ticket for the Tokyo Olympics after the East Africans came back to a great win against host Morocco.

The Head Coach of Nigeria Beach Volleyball team, Francis Imoudu told newsmen that the next mission of the girls is to pick the sole ticket in the Women’s category.

“The team had series of training tours in and outside Nigeria, the team showed promise; the team played with their heart during the tournament and we are now in the final”.

The two teams had met in pool B earlier in the tournament where the Kenyans beat Nigeria.