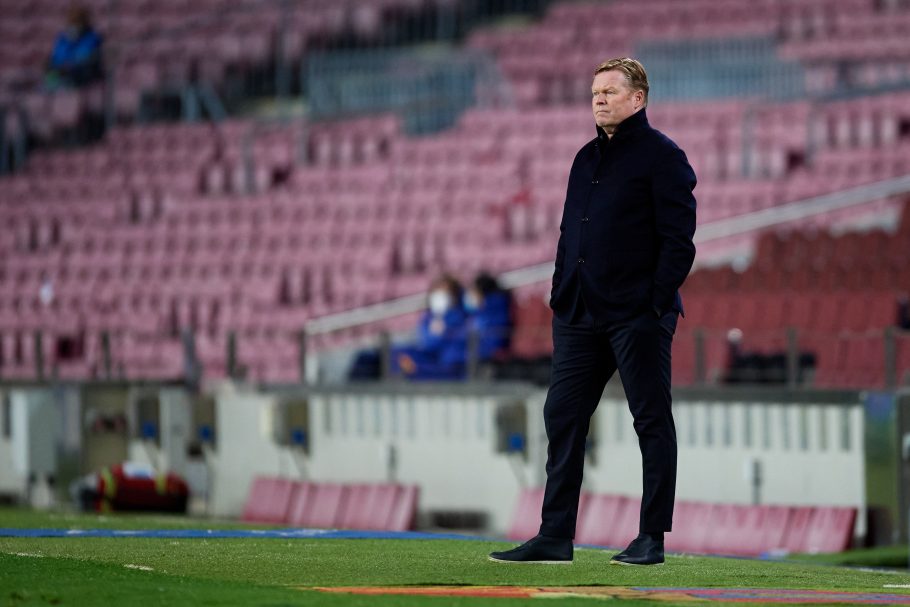 Barcelona manager Ronald Koeman was forced to bring his latest press conference to a premature end this afternoon, after suffering from a nose bleed.

Koeman’s men are set to return to action tomorrow afternoon.

The Blaugrana face a trip to the Ramon Sanchez Pizjuan, for a high-profile La Liga meeting with Sevilla.

Barca will head into proceedings on the back of a much-needed bounce-back result last time out, when the Catalan giants put a shaky week behind them courtesy of a 3-0 downing of Elche.

Messi at the double! 😍

A glorious goal from Barcelona as Frenkie De Jong bursts through and assists the legendary No. 10 👏 pic.twitter.com/rFUOveW7T9

It is also worth remembering, though, that Sevilla got the better of Barcelona just a fortnight ago, in the first-leg of the Copa del Rey semi-final showdown between the sides.

As such, Ronald Koeman and co. will no doubt be expecting a hard-fought 90 minutes against the Andalusian outfit on Saturday afternoon.

As outlined above, however, ahead of tomorrow’s showdown, football itself was left to take something of a backseat, following the latest press conference held by the Blaugrana’s boss.

This came with Koeman, who of course suffered a heart attack just last year, having departed the media exchange early, after suffering from another nose bleed:

This is the second time in last few weeks Koeman’s had a nose bleed in a news conference. Seems to be ending early today. Hope he’s ok. ‘Hostia puta’ he says as it’s cut short

*Update* – Barcelona have since moved to assure that their boss is in good health, with an explanation for Koeman’s persistent nose bleeds having also been forthcoming:

Club confirm Koeman OK. @fansjavimiguel explains he takes blood thinners after his heart problem and they’re the cause of the nose bleeds

Man United latest side to ‘express interest’ in Leeds’ Raphinha