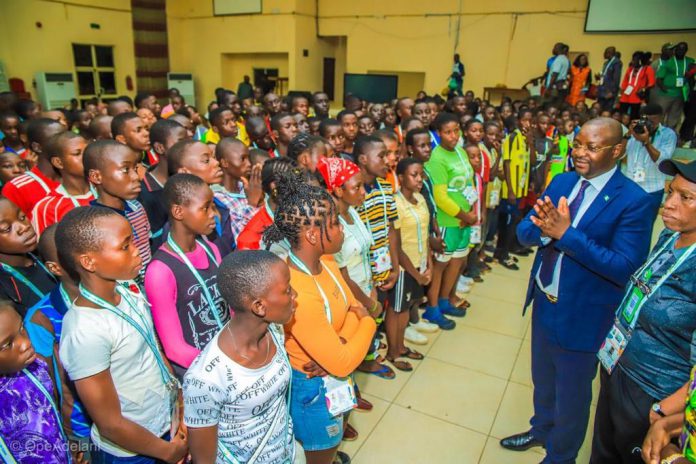 The sixth edition of the National Youth Games will begin in Ilorin, Kwara State on Wednesday, the 13th of October, 2021. Thirty seven sports will be competed in at the games which will hold at the University of Ilorin.

The Honourable Minister of Youth and Sports Development, Mr Sunday Dare alongside the Permanent Secretary, Alhaji Isma’il Abubakar are expected at the opening ceremony of the event.

Over five thousand participants including athletes, coaches and technical officials as well as other stakeholders will be part of the weeklong competition.

The Minister of Youth and Sports Development Sunday Dare says the National Youth Games is one of the most important programmes in his Ministry because of the opportunities to identify raw talents at an early age and provide proper guidance for them.

Corroborating the Minister, the Director of Grassroots Sports Development in the Sports Ministry, Dr. Bode Durotoye gave the example of Odunayo Adekuoroye, one of Nigeria’s elite wrestlers who was discovered at an earlier edition of the games.

“We have many examples but let me just use a prominent one of the wrestler Odunayo Adekuoroye. She was discovered at an earlier edition of the national youth games and see how her profile has risen since then.

“We have some young talents that were here a few years ago who have now represented Nigeria in International competitions. We are looking forward to discovering more of such talents in Ilorin this week,” Durotoye said.

Daniel Oduro-Mensah writes: How long will PFJ Market be in operation?

“Before your son will bring another son as his wife, wake...

Leicester ‘believe’ they have won race for Arsenal-linked Odsonne Edouard