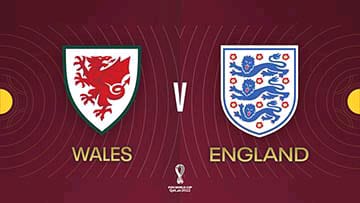 It’s a rarity at the World Cup, but today, two teams belonging to the United Kingdom – England and Wales – is on the card.

A clash between the neighbouring rivals takes place at the Ahmad Bin Ali Stadium as Wales and England meet in their final FIFA World Cup 2022 Group B encounter.

Wales, on one point after conceding two late goals to lose 2-0 to IR Iran last time out, can only finish above England, on four points, if they beat them by four goals or more.

Should they fail to do so, England will qualify for the round of 16.