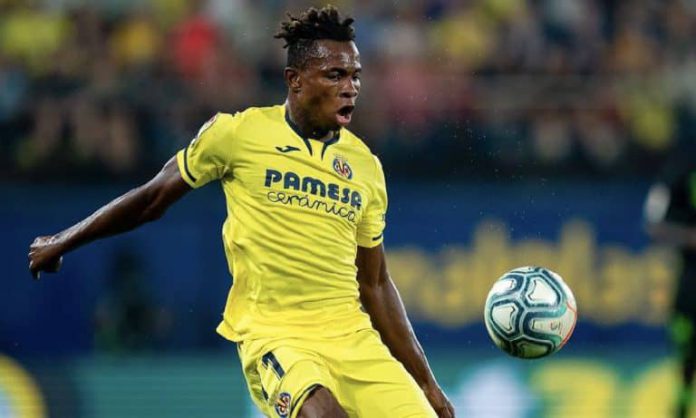 The new award acknowledges the increasing importance and value of the contribution of African players to the growth of LaLiga and will be especially unique – as the fans will choose it.

The Nigeria international was beaten to the accolade by Sevilla’s Moroccan shot stopper, Bounou with Moroccan and Sevilla teammate, Youssef En-Nesyri, ranking third.
Chukwueze missed the first two months of the season as he was recovering from a long-term injury suffered in the semifinal of last season’s UEFA Europa League.

The 2015 U17 World Cup winner made his comeback from injury against Osasuna on October 17, playing the last twelve minutes and totaled twelve appearances in the top-flight before AFCON duty with the Super Eagles.

Overall, Chukwueze has been involved in seventeen matches for the Yellow Submarine in all competitions, scoring five goals and providing an assist in 640 minutes of action.

The 22-year-old started three of the four matches contested by the Super Eagles at the 2021 Africa Cup of Nations and was on target in a 3-1 win over Sudan.