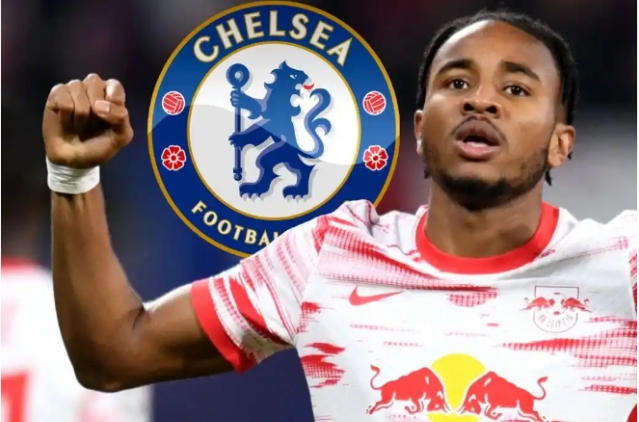 Chelsea are closing in on the signing of Christopher Nkunku for RB Leipzig ahead of next summer’s transfer window.

‘Now we can say they are set to sign Nkunku, they are closing in on the deal for the summer 2023,” Romano wrote for Caught Offside.

‘It’s all agreed on the player’s side, and has been for a long time. And also there is a verbal agreement between Chelsea and RB Leipzig. The relationship between these clubs is very good, and a full agreement is almost there.

‘I’m told Chelsea will pay more than €60m for Nkunku. As I said before, there were two ways for them to agree this deal – they could trigger his release clause, or they could find a different kind of structure to ensure they remain in the strongest position, and that’s what’s happened.

I’m told the fee will be close to €70m and it gives them the guarantee that there is an agreement in place and no other club can hijack the deal.

This also allows Chelsea to pay on their own terms, rather than giving Leipzig the full fee in one go. Now we just have to wait for the contracts to be signed, and then it’ll be ‘Here we go!’

‘It’s an exciting signing, approved by the board and by the manager Graham Potter. Chelsea will also be bringing in new board members as part of this big rebuilding job at Stamford Bridge.’

Christopher Nkunku has scored 17 goals in 23 appearances for RB Leipzig this term this season.