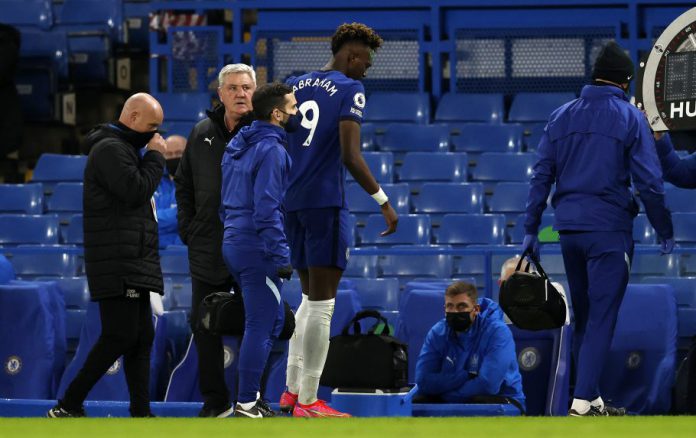 Chelsea will be looking to continue their fine run of form, unbeaten in 11 games, under Thomas Tuchel as they head to Leeds for the lunchtime kick off tomorrow.

Chelsea are currently in 4th place in the Premier League and were comfortable 2-0 winners over Everton last time out.

Speaking in his pre-match press conference, he confirmed that both Tammy Abrahm and Thiago Silva will be absent for the trip to Elland Road.

On Abraham: “I’m a bit concerned. Does not look comfortable in training. Was a setback yesterday that he had to leave training in the warm-up.”

“Thiago Silva has had a setback in training on Wednesday, he felt something at the end of the session in the same area where he had his injury before.

“Same goes for Tammy Abraham, he still has the ankle pain and he’s still not 100% comfortable.

“Both players will be out but the rest are available.”

Tuchel also spoke about Kai Havertz, who was Chelsea’s Man of the Match last time out and was asked about where he thinks his best position is.

“In my opinion his best position is between the nine and the 10 and have the freedom to drop and move fluid between the two positions.”

“I like to have him in high positions, I don’t want to have him behind the ball and he feels comfortable between the lines and in narrow pockets.”

Tuchel on Havertz: “In my opinion his best position is between the nine and the 10 and have the freedom to drop and move fluid between the two positions. I like to have him in high positions, he feels comfortable in between the lines and in narrow pockets.” #CFC

Much has been made on the future of Chrisitan Pulisic over the last few days, as he has hardly featured at all and is yet to start in the Premier League under Tuchel, who of course also managed him at Borussia Dortmund.

Tuchel said of the American international;

“In the beginning he was a little unlucky because we know how much of an impact he could have off the bench and we used this power and strength from him.”

“He is in my plans, he is an important player.

“He is in my plans, he’s an important player”

Thomas Tuchel has his say on Christian Pulisic, following reports that his future at Chelsea is up in the air pic.twitter.com/PmFD59JBFg