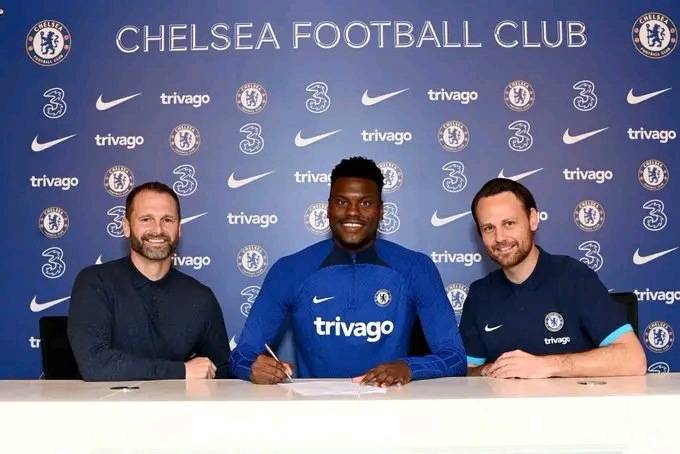 The Blues have been looking for a left-sided centre-back since the summer and were unable to agree a deal with RB Leipzig for the Croatian World Cup star Josko Gvardiol.

It was understood that Chelsea had reached an agreement to sign Badiashile earlier this week – and agreed personal terms for a long-term contract.

Badiashile then arrived in the capital and completed his medical before completing his transfer.

The French centre-back was left out of Monaco’s side to face Brest on New Year’s Day as details were finalised ahead of his departure to London.

The defender told the club website: ‘I’m very happy to be here at Chelsea. I’m so excited to start playing for this club. I can’t wait to see the fans and start playing in the best league in the world.

‘He’s an excellent young player who has quickly established a strong reputation for himself and has a huge amount of experience for his young age. We are sure he will form an important part of our team in the years ahead.’

Badiashile, who was the subject of a bid from Newcastle United last year before picking up an injury, will compete with Thiago Silva, Kalidou Koulibaly, Wesley Fofana and Trevoh Chalobah for the central defensive positions at Stamford Bridge.

The young defender, who also attracted interest from West Ham and Sevilla, made his Ligue 1 debut for the Monegasque club in 2018 aged just 17 and went on to make 20 appearances in his inaugural campaign with the club.