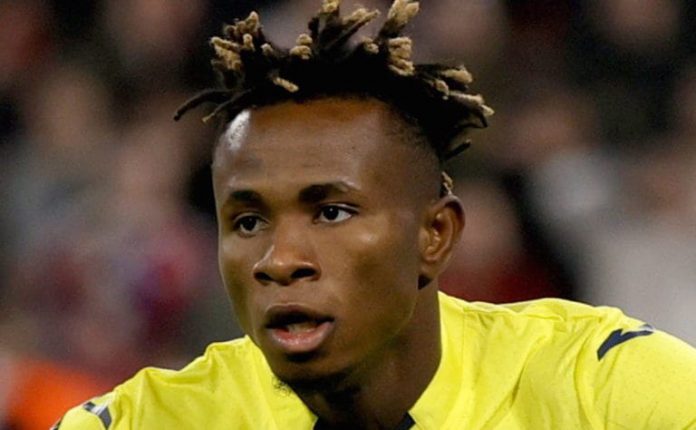 Nigeria’s Samuel Chukwueze is finally flying again with Spanish club, Villarreal after an injury-hit spell, and is looking to cause another upset after downing one of Europe’s elite.

Full of pace, skill and possessing a majestic left foot, the winger is the latest African talent to catch the eye in the Champions League.

Earlier this month the 22-year-old scored a late winner as Villarreal stunned Bayern Munich 2-1 on aggregate to reach the semi-finals of the continent’s premier club competition for the first time in 16 years.

Now he has his sights set on another member of the elite as the Yellow Submarine face six-time European champions Liverpool in the semi-finals.

“We know all about Liverpool and they are expected to win, so the pressure is on them,” Chukwueze told BBC Sport Africa ahead of Wednesday’s first leg.

“We have a squad and manager good enough to compete against any team in the world. Because of the way Liverpool play some people have already made their own predictions but that is normal in football.

“We have a job to do and we are not going to Liverpool to lose. Why not aim for the best result over there? And that is what we hope to do.”

Chukwueze – who almost joined Arsenal in 2016 – is keen to relive the feelings he experienced in the win over Bayern in Germany, which he describes as “an unforgettable moment for my career”.

“I came on as a late substitute and scored a winner that I will never forget in my life,” he explained.

“You honestly have no idea how much it meant to the players, the club, our fans and the city.

“Everything happened so fast. My teammates kept screaming ‘Samu!’ and I couldn’t process it that very moment. And honestly, I couldn’t hold myself. I looked across to our fans and once I saw them with tears of joy, I completely understood the impact of that goal.

“I hope to write more important chapters in my career with Villarreal. I have more games to play, and personal glory is not the target.”

The Reds may be fancied to reach the final, but Villarreal have showcased a real pedigree in cup competitions under manager Unai Emery.

Chukwueze, meanwhile, is entitled to have a bold attitude, considering all he has had to come through over the past 12 months.
It was at the semi-final stage last season that the Nigerian’s season came to an abrupt end, also against English opposition but that time in the Europa League.

‘We shouldn’t frown about protests, but don’t burn things’ – Maile...