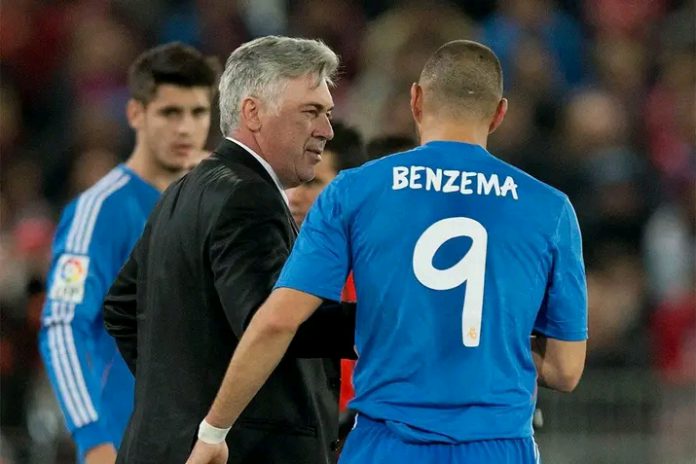 Los Blancos returned from their 2022 World Cup break in winning style away at Real Valladolid thanks to a late brace from Benzema securing a 2-0 victory.

The visitors were forced to wait until the final 10 minutes to force a breakthrough against their stubborn hosts with Benzema making the key difference late on.

The veteran striker missed France’s run to the final in Qatar earlier this month after being forced to pull out of the Les Bleus squad through injury.

Benzema has since confirmed his intention to retire from international duty but Ancelotti is confident he remains as sharp as ever for Real Madrid.

“I see Benzema very motivated, and I think you will see a different Benzema from now on in 2023”, as per post match reports from DAZN ES.

Benzema’s brace at the Estadio Jose Zorrilla brings him up to seven goals so far in La Liga this season with only three players scoring more than him in the first half of the campaign.

Agbonlahor: Salah, Others Not Playing For Klopp