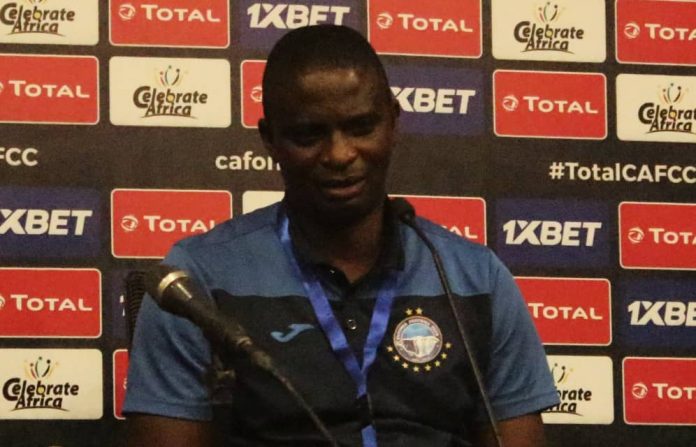 Despite suffering a heavy defeat in the first leg of the CAF Confederation Cup, head coach of Enyimba international, Fatai Osho still believe the situation can be turn around, BSNSports.com.ng reports.

The People’s Elephant were beaten by FC Pyramids of Egypt 4-1 in the first leg of the Confederation Cup played in Egypt on Sunday.

While speaking after the game, Osho blamed the defeat on fatigue and hope the second leg can be better.

“We had our game plan and going into the game they stuck to it. We saw a lot of promises in the first half. The second half we lost it when we started noticing a lot of tiredness.”

“They started playing out of shape and exposed exposed themselves a lot.”

“We have to let them (the players) know that it’s not over yet. We have to play and score and not concede; if we can do that we have a hope.

“A situation where we can score one or two goals, that brings hope and we have to work on their pysche,” he said.

Enyimba will have the opportunity to redeem its battered image when they host the second leg at the Enyimba international stadium in Aba next weekend.