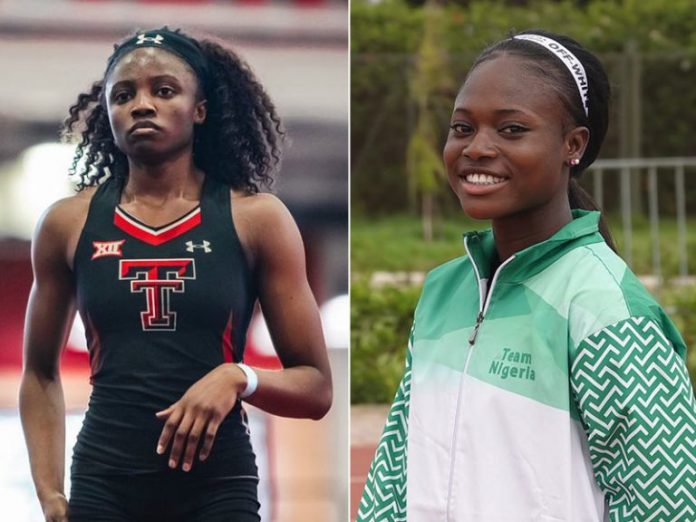 The championships, hosted by the University of Alabama at Birmingham and the City of Birmingham, will be held March 11 and 12 at the Birmingham CrossPlex in Birmingham, Alabama.

Usoro will have to recreate her incredible, all conquering and record setting performances of last year to stand any chance of a podium appearance especially in the latter event.

The 24 year old is ranked fifth in both the long jump and triple events coming to the championship with her respective 6.59m and 13.66m personal season’s bests.

Ashe pushed Justin Gatlin to the 4th place on the Tennessee all time list when he breezed through the finish line in 6.52 seconds last month.

Also on the list is Rosemary Chukwuma, who scorched to a new 7.17s personal best to win the 60m event at the Big 12 Championship last weekend.

In the men’s 200m, reigning National Sports Festival 200m champion, Alaba Akintola will be hoping to improve on his 20.72s personal best to challenge for his first NCAA Indoor Championship medal.

The Middle Tennessee University freshman is ranked 13th in the 16-man list of qualifiers with Georgia’s Matthew Boling leading the pack with 20.27s.

Emmanuel Bamidele (46.06) of Texas A&M will run in the men’s 400m while Omamuyowi Erhire of Middle Tennessee University will compete in the high jump event where he is ranked sixth coming to the championship.

Emmanuel Ineh will compete in both the men’s long and triple jumps while Isaac Odugbesan will be seeking to improve on his 20.71m personal best which he threw to win the SEC championship last month in Texas. Both will be competing for University of Alabama.