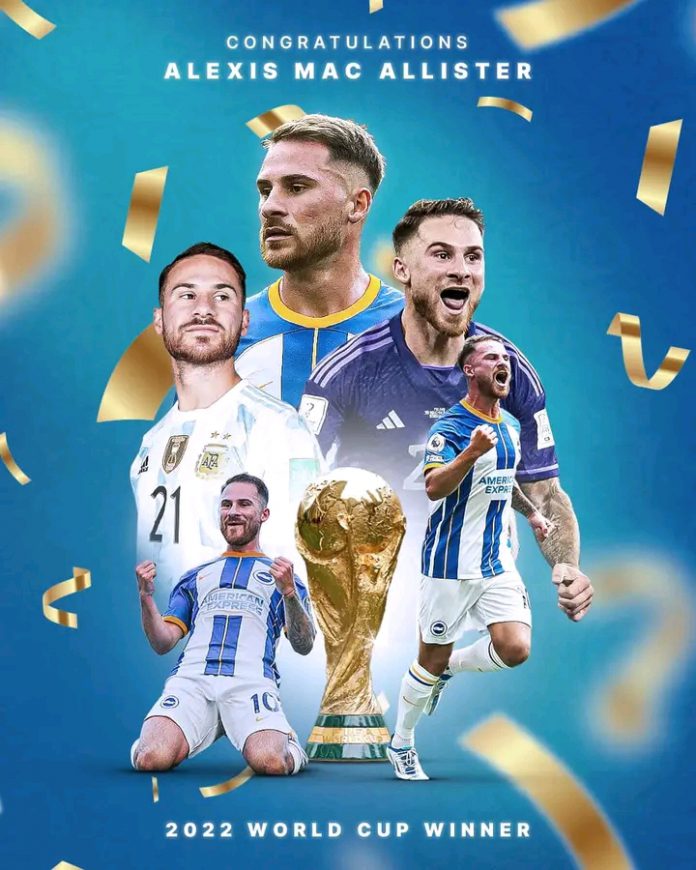 Brighton hope “it won’t be a problem for a couple of years” when it comes to keeping hold of Alexis Mac Allister, says chief executive Paul Barber.

The midfielder, 23, impressed as he helped Argentina win the World Cup in Qatar.

Mac Allister has a deal at Brighton until June 2025, with the club having the option to extend it by a year.

“He will be sought after, we’re very aware of that, but we hope to keep him here as long as we can,” said Barber.

He led this out about the attention on Mac Allister, Barber added that it was “a nice problem to have”.

He added: “Of course, when staff and players do well, as we’ve seen in the last few months, they do attract the interest of other big clubs.

“These are clubs that are wealthier and have the chance to give players a new level, we understand that and we’re not naive to that.

“All we can do is protect ourselves the best we can through the contracts and hope we can hold on to the player for as long as possible, but this is a young man who has just won the World Cup at 23 and set up arguably one of the most iconic goals in World Cup history.”

Mac Allister made six appearances for Argentina at the 2022 World Cup and scored the opener in a 2-0 group-stage win against Poland.

He passed to Angel di Maria for his side’s second goal as Argentina beat France on penalties after a 3-3 draw in the final.

To perform at that level and get an assist as well, a superb assist, was an incredible moment for him and his family and for our club as well.

“I didn’t speak to him [after the game] but I sent a message and didn’t expect for one minute to get a reply because I’m sure he was inundated.

“But, typical of Alexis the player and the man, he replied overnight and thanked me and everyone at the club for the good wishes and all the support he received from the club in the tournament.

“That’s Alexis, he’s humble, he’s down to earth and comes from a great family. I couldn’t be more delighted for them; they’re really nice people and deserve the success.”

Man U Says Osimhen Too Costly At £100m

Jamal Musiala confirms he will represent Germany over England