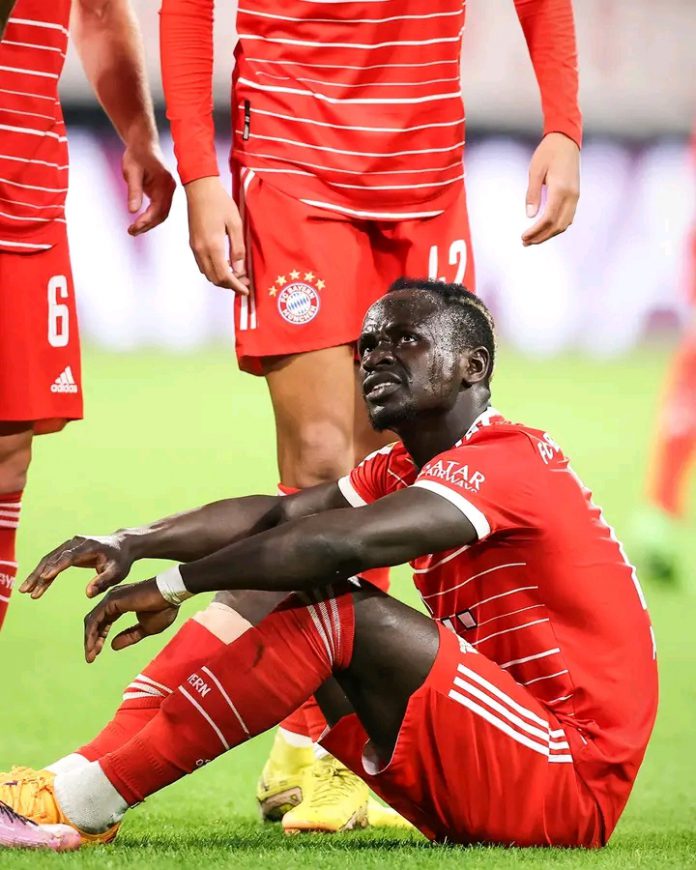 Released through injury during Bayern Munich’s victory against Werder Bremen (6-1) on Tuesday evening, the Senegalese Sadio Mane will not play in the 2022 FIFA

During the first-half of their Bundesliga encounter, the Senegal international limped off the pitch – after being assessed by Bayern’s medical staff – with a suspected leg injury.

Bayern boss Julian Nagelsmann confirmed after the game the winger will ‘have an x-ray’ to further determine the extent of the injury with the World Cup commencing in less than two weeks time.

According to Eurosport, Nagelsmann said that Mane ‘took a knock to the head of his tibia. It’s always uncomfortable. He has to have an X-ray. I hope nothing is wrong.’

‘I didn’t see him after the game, I hope it’s not a big injury. But I don’t know at the moment’, the Bayern boss continued. ‘We’ll see tomorrow and then give an update.’

Just 15 minutes into their encounter with Werder Bremen the 30-year-old went doing holding his right leg and signalled for Bayern’s medical team to come onto the pitch.

Corriere Dello Sport: Olivier Giroud Is Not Worth Osimhen