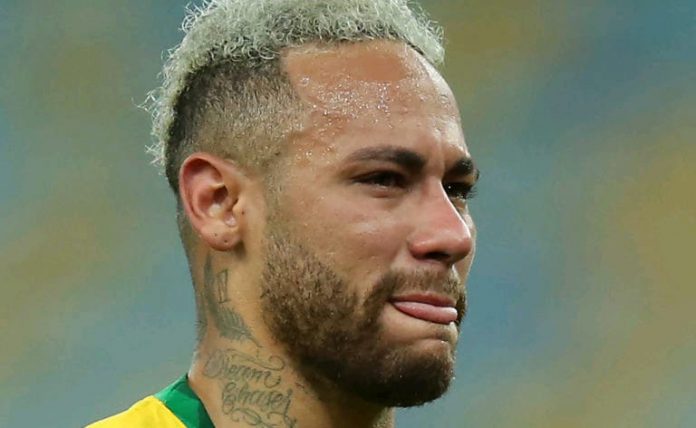 A Brazilian investment firm has called for Neymar to be put in prison for five years on fraud and corruption charges.

The 30-year-old will stand trial in Barcelona on Monday just weeks before he is due to run out for Brazil at the World Cup.

Neymar faces charges over his move from Santos to Barcelona in 2013.

Investment firm DIS owned 40 per cent of the rights to Neymar at the time of the transfer.

But the company argue they lost out on a fair share of the fee because the now Paris Saint-Germain star was sold for below his value.

And they argue they should have received more money.

A DIS lawyer said yesterday: “Neymar’s rights have not been sold to the highest bidder. There were clubs that offered up to 60m euros.”

His lawyers argued that “The rules of free competition do not operate since the transfer from one club to another depends on the free will of the player.”

They added: “The player is not a service or a commodity. He is a person of his own free will.”

Neymar previously denied the fraud and corruption allegations but lost a Spanish High Court appeal in 2017, so the trial has now been called by Spanish prosecutors.

He has to be there for the first day of the trial on Monday, but it’s unknown if he will have to stay for the entire two-week hearing.

Spanish prosecutors are seeking a two-year prison sentence for Neymar and a €10m (£8.6m) fine.