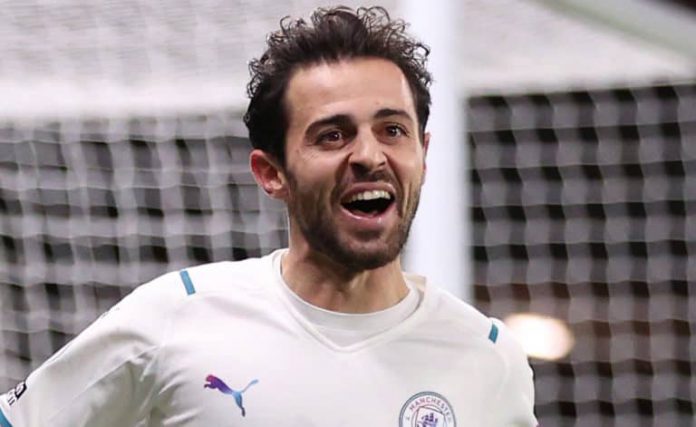 Manchester City superstar, Bernardo Silva, could be on the move in the summer transfer window as he dreams of joining Real Madrid.

According to Calciomercato, Manchester City is running the risk of losing star midfielder in the summer window, with the Portuguese international having his heart set on a transfer to Real Madrid.

Silva signed for Manchester City in the summer of 2017, arriving from AS Monaco, and quickly became a key member of the team under Pep Guardiola. While he did endure a slump after a stunning debut campaign, the 27-year-old has been playing at his best over the past eighteen months or so, with his form particularly peaking in the ongoing campaign.

Silva, to date, has made 235 appearances for Manchester City, scoring 45 goals and registering 47 assists. Ten of his 45 goals have come in the ongoing campaign, with the former Benfica wonderkid kicking on nicely after all the speculations regarding a summer move to Barcelona last year.

Silva’s position in the side is unquestioned, but rumours surrounding his immediate future at the Etihad Stadium are starting to surface yet again. The 27-year-old has a contract that runs until the summer of 2025.

But despite that, it is being claimed that the Portuguese playmaker could be on the move this summer as he dreams of joining Real Madrid.