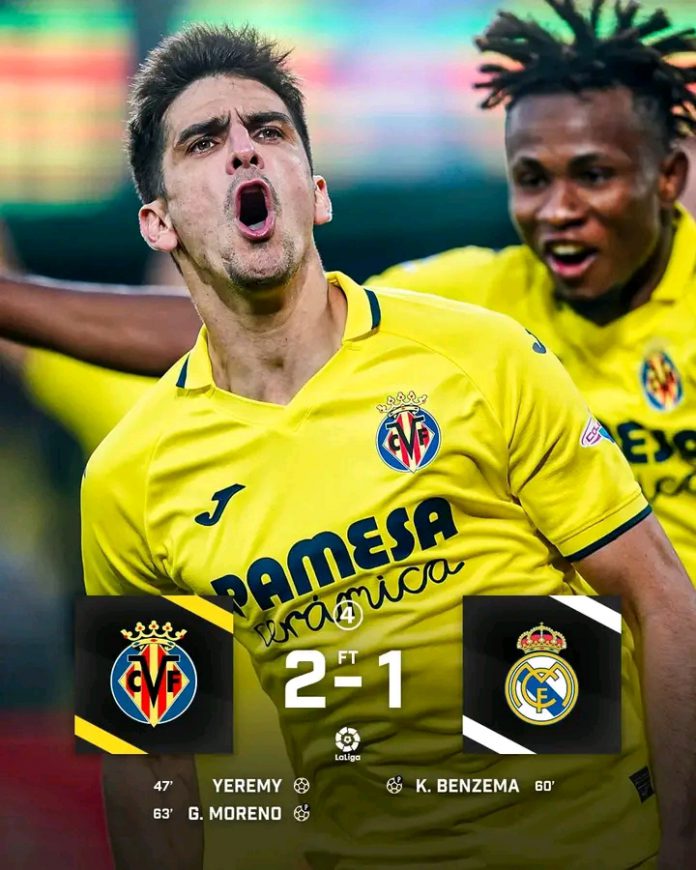 A loose pass from Ferland Mendy saw Carlo Ancelotti’s side go a goal down early in the second half, with Gerard Moreno playing a superb pass out wide to Pino, who struck a thumping shot past Thibaut Courtois to give Villarreal a 1-0 advantage.

Their lead was almost halved soon after, with Vinicius Junior playing a lovely no-look through-ball to Karim Benzema, who skirted his shot just inches wide of the post – that would be the tale of the match for Madrid who failed to take their chances.

But Benzema soon made up for his mistake, beating Pepe Reina from the spot with a low effort after a long VAR review awarded Los Blancos a penalty following a handball inside the box from Villarreal full-back Juan Foyth.

That wasn’t the end of what was a lively start to the second half with Madrid conceding a penalty just two minutes later, with David Alaba struggling to keep his footing before awkwardly handling the ball.

Gerard Moreno cooly stepped up to restore the home side’s lead to score his second LaLiga goal this season.

Madrid, who before the match were level with Barcelona on points at the start of the match, failed to move up to the top of La Liga table.

Onikeku Commends Minister’s Decision to Include U20 Athletes in Adopt- an-Athlete...